Theodore Wafer Cries as He Talks About Killing Renisha McBride 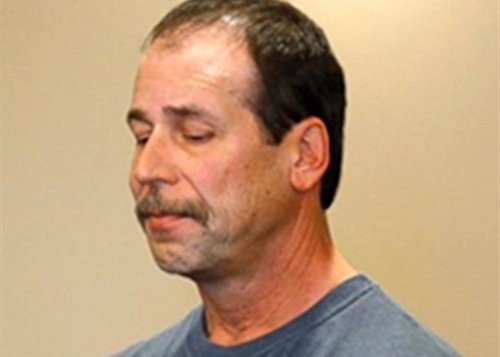 Monday was a very notable day in the trial of Theodore Wafer, the 55-year-old Dearborn Heights homeowner accused of killing 19-year-old Renisha McBride in November on his front porch.

Wafter took the stand in his own defense in Wayne County Circuit Court, and cried when he talked about killing McBride. He's charged with second-degree murder.

During questioning from a defense attorney, he was asked if he thought often about the shooting, to which he said yes, according to a report by Orlandar Brand-Williams of the Detroit News.

“So devastating,” he testified.

“This poor girl. She had her whole life in front of her. I took that from her,” Wafer said, crying and holding his hands together.

He said the incident happened “too fast ... too fast.”

The News reported as he spoke a female juror cried into a tissue.

He testified that he pulled the trigger “to protect myself, to save myself. It was them or me," the News reported.

He said he had heard loud banging that progressively got louder.

“I didn’t want to be a victim,” he testified.

First he grabbed a baseball bat, then decided he needed a gun to prevent someone from getting in.

The family of McBride said she had gotten into a car accident about a mile away and came knocking on the door, seeking help.