The announcement was made by WXYZ (Channel 7), where Bonds worked for years. The station said Bonds died of a heart attack about 4:15 p.m. Saturday. It gave his age as 82. 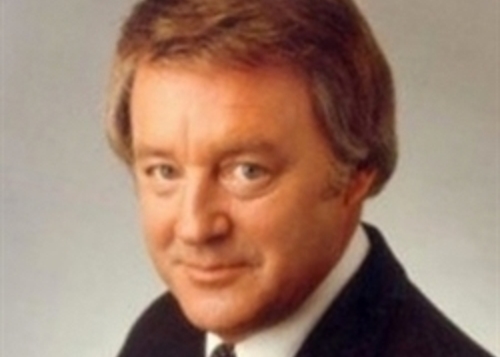 Bonds was smart, cocky, profane, acidic, funny, contentious, flamboyant and filled with a love and knowledge of his hometown. Those ingredients combined to make Bonds Detroit's irresistible TV newsman and Channel 7 the market leader during the city's news-packed crisis decades. Viewers never knew what he was going to say next.

That unpredictability was part of his allure, but Bonds excelled in a crisis, and his mastery of the medium made him a driving force in TV news across the nation. He was the personification of the American anchorman long before comedian Will Ferrell starred as Ron Burgundy in the "Anchorman" films.

Bonds grew up in an Irish family on 12th Street -- now Rosa Parks Boulevard -- and Burlingame in the heart of Detroit and graduated from the University of Detroit. He became famous initially as a reporter for WKNR-AM, known as Keener 13, in an era when many Detroit radio stations competed for news.

Joining WXYZ in 1963 as a part-time booth announcer, both Bonds and the station came to prominence for the station's reporting of the 1967 Detroit riot.

"The key to WXYZ-TV's coverage was Bill Bonds's anchoring ability," writes historian Tim Kiska in his 2009 book on the history of Detroit television news, "A Newscast for the Masses."

"Bonds had always believed in infusing the news with drama, with his personality. Here was the most dramatic story of his lifetime, and his personality showed through."

Kiska quotes Coleman Young, Detroit's first African American mayor, as saying of Bonds during the riot, "He showed a compassion, an understanding of the city that nobody else showed."

Bonds moved in 1969 to KABC-TV in Los Angeles, but he failed to make a dent in the ratings in the nation's second most populous city.

But he returned to Detroit in 1971 and almost immediately became a huge star. He often shared the Channel 7 stage with co-anchor Diana Lewis.

During the 1980s and 1990s, Bonds was a constant water-cooler topic for such famous incidents as questioning -- and taunting -- U.S. Sen. Orrin Hatch, the Utah Republican, so aggressively that Hatch walked off the set.

Bonds often crossed swords with Young, and in 1989 Bonds -- then in the midst of a long struggle with alcohol -- challenged Young to a boxing match downtown during a live interview. Young declined.

The next year, Bonds came to Young's defense after the mayor had profanely lashed out at a reporter   during an interview about Detroit on ABC-TV's "Prime Time Live" show.

Later, Young said: "Being rescued by Billy Bonds is an experience quite new to me. I never know whether he's the light at the end of the tunnel or the headlight of the locomotive."

Come back to Deadline Detroit for further coverage.

A YouTube tribute to Bonds composed of a collage of TV images: