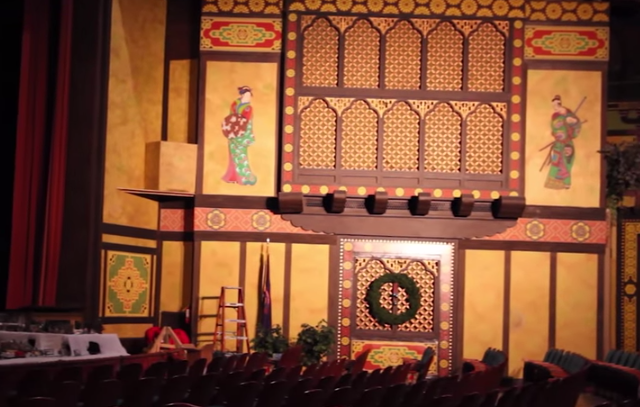 Inside the Redford Theater

Digging Detroit, a new series of documentaries aired on local cable stations, YouTube and the Internet, takes a look in its latest episode at two historic Detroit theaters: The Detroit Institute of Arts' Detroit Film Theatre and the Redford Theater.

The website for Digging Detroit notes that each theater is "employing some new techniques to increase attendance. February is the DIA’s Detroit Film Theatre biggest month as sell-out crowds have now made a tradition of attending the Oscar Shorts screenings."

The documentary notes that the Redford Theater has on occasion had stars of vintage films appear at the classic movie house at Grand River and Lahser, including Pam Grier, who was in Quentin Tarantino's film "Jackie Brown."  On Tuesday night, Detroit Mayor Mike Duggan delivered his State of the City address before a packed crowd at the Redford Theater.

Thomas J. Reed, Jr., a Wayne State University graduate, independent grant writer with a background in Public Relations, journalism, and Information, is one of three people producing the Digging Detroit series. The other two include Kevin Walsh, a former high school teacher, who is the director and editor of the series,  and Pete Kalinski, a local historian, archivist and college history professor.

So far there have been four episodes.

Reed said he hopes the series can show people little known historical nuggets about the city.

To see the other episodes click here.   -- Allan Lengel