Meijer Reacts to Critics; Stops Selling 'Detroit vs Everybody' Knockoffs 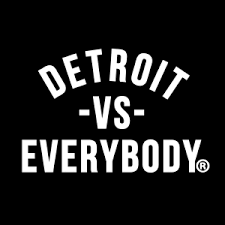 But the Michigan-based chain has responded to criticism on social media and decided to stop selling the shirt, according to Gus Burns of MLive.

Thanks for the feedback -- and you're right. Even if the company we purchased this shirt from hasn't violated copyright laws, it's a little too close for comfort so we're pulling these shirts from our two Detroit stores that carry them.

"Detroit vs. Everybody" is a clothing line founded by Detroit native Tommey Walker.