This Southwest Detroit industrial complex is on the market two years after Galapagos Art Space bought it for $500,000. (Google Earth photo)

Robert Elmes is hip about using real estate investments to support visual and performing arts. He's also moving here from Brooklyn, but none of this makes him a hipster or a barbarian at the gates of Old Detroit.

Still, that's how the founder and executive director of Galapagos Art Space is cast by alarmists' reflexive reactions to news that a Corktown industrial building the group bought in December 2013 for $500,000 is listed now for $6.25 million. Reporter Kirk Pinho's disclosure of the dizzying markup at Crain's Detroit Business fuels frothing at Metro Times and on feisty social media threads.

"It's . . . insanely speculative and hypocritical. They're a nonprofit," Detroit journalist Kate Abbey-Lambertz posts, starting a two-day discussion that exceeds 30 comments. "Elmes is contributing to exactly what he condemned in NYC," the Huffington Post reporter adds, referring to real estate speculation that prices out artists.

"This might be the most despicable land flip I've seen in my three years in Detroit," Garrett Koehler says in the same thread. "I'll never go to a Galapagos event. . . . They are financing that their Highland Park work by leveraging the forces they hated in NYC."

An unsigned MetroTimes blog post warns that Pinho's article "is going to make your blood boil" and suggests it could make "you just hate the world." The weekly paper's staff writer adds:

Take a nice long, deep breath, maybe even a glup or two of water before before clicking on the link . . . that may raise your blood pressure.

Elmes posts a comment at Metro Times' site that puts his sale decision into poignant context by saying a family reason is involved:

Last year our toddler son was diagnosed with leukemia. Taking care of him and making sure he gets better has (of course) become our most important priority.

Over the last year we learned that we had to decide between Corktown and Highland Park, as we simply couldn't manage to improve both sites and [manage] our son's care at the same time. We decided to focus on Highland Park and had the Corktown building appraised three times.

If I owned a house -- we rent -- like anyone else, I wouldn't want to sell it for less than the appraisal. Being able to move the equity to Highland Park is critical to our success. Though we believe in Highland Park very much and have staked our future there, it's been difficult to attract funding and capital to the city. The neighborhoods haven't shared fairly in the revitalization of Detroit.

We're taking the increase in Corktown and applying it in the neighborhoods and we think that's an important move forward for the city's growth and for Highland Park. It also helps balance our limited bandwidth while we take care of our son.

Get off our lawn

Earlier, Metro Times reader Carmen Nissan posted on Facebook: "These idiots need to go back home. We are Detroit, we are not New York." Another MT follower, David Grant, says:

It's only a matter of time before the hipsters realize they won't get the money they think they deserve for the property they bought, in our city! Then just maybe these morons will get a clue. 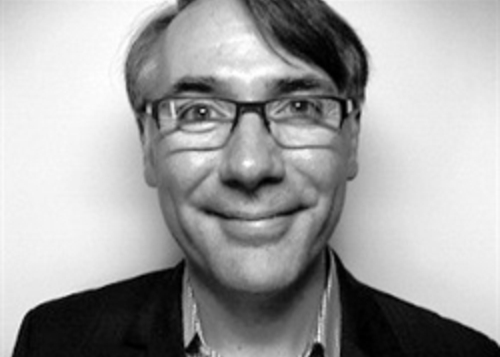 Sorry/not sorry to harsh your hatefest, but get off our lawn, you hippie socialists!

"I don't think there is anything wrong with selling one building at a profit to support your larger social mission.," Detroit photographer Noah Stephens comments in Abbey-Lambertz's Facebook discussion. "Selling a property at a profit isn't necessarily at odds with their social mission. . . . Nonprofit doesn't mean a nonprofit literally cannot make a profit. It means that the profit they make must primarily be used to fund a social mission:"

"It's their business to do whatever they want," Aaron Aitken of Detroit comments on Facebook. "I doubt they'll get that much and I don't see this helping their credibility (which was already shaky to begin with)."

"Typical outsiders!! Stay your ass in NY and leave Detroit to us true working class that turned this city around without you," Motech Records owner Franki Juncaj posts, presumably in unironic seriousness.

Get a grip, people. Art groups needn't struggle to be credible and Detroit artists can't wall off their creative community against immigrants from Brooklyn or anywhere else.

Plus, Robert Elmes and his team have been transparent about motives and goals for moving their 21-year-old success story here from New York.

In Thursday's article at Crain's, he tells Pinho: "We feel like this is a great time to let someone else take 18th Street forward while we increase our investment in Highland Park." 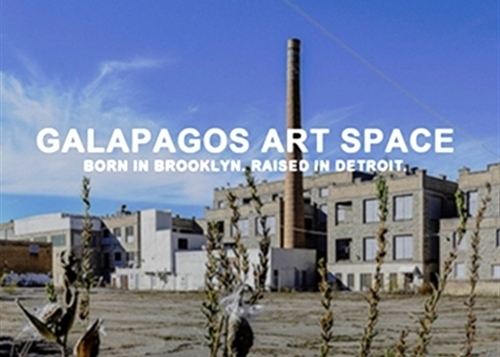 "In Detroit you can buy a bank on a corner for $60,000," Elmes told Gothamist.com, a New York site, in December 2014 after announcing the relocation.

"In fact, you have a choice so you can find the one that suits you best. I’m serious, there’s that much opportunity in Detroit — it’s unreal. I tried for years to find an affordable space in Brooklyn and couldn’t find it."

"The arts are already in the real estate business -- they just aren't being rewarded for it," Galapagos says at a website page labeled "A New Model for Funding the Arts."

The business model used by the arts – a near-total reliance on philanthropy and government to fund infrastructure and operations – is unsustainable and leads time and again to chronic under-performance and instability in the sector.

Yet there really shouldn't be a shortage of equity to support the arts; more often than not they're responsible for the tremendous growth in the real estate values and the resulting civic tax bases that surround them.

In Detroit, we want to prove a new model for funding the arts.

So there it is -- the context for an ambitious markup attempt to unload its property at 1800 18th St. in Southwest Detroit.

A sale, at whatever market-driven level of profit, would elevate property values in a distressed area. It wouldn't injure a willing buyer, should such an entity exist.

"Strikes me as a case study for investing in Detroit real estate," posts Michael L. Bloom, a University of Michigan Law School professor, adding reason and maturity to the Facebook dialog Abbey-Lambertz started Thursday night. "A proof of concept hopefully to inspire further investment in a city surely still much in need of such investment."

If the market bears this price, then Go Detroit! I hope all of our property values rise. It's a sign of financial stability.

Property is an investment, plain and simple. . . .  Both my parents grew up in Corktown. They would be impressed. 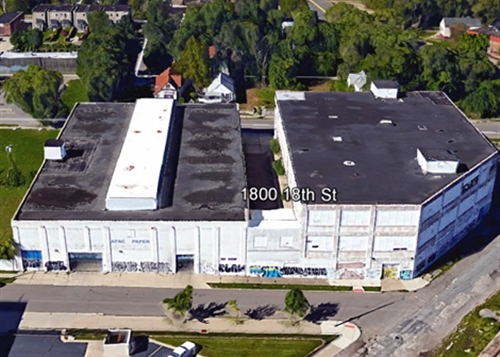 Yes -- impressive, not distressing. Nothing secretive, shady, sleazy or underhanded is afoot. (Is that why it seems un-Detroit?)

This is capitalism, not cronyism. It's property peddling, not influence peddling.

Buy low, sell high is The American Way. Greed is not good, but ethically earned profit is.

Flipping the two connected buildings on 18th Street is a savvy way to generate revenue for new art spaces in Highland Park.

That deserves toasting, not roasting.