Across Decades: Cass Artist's 1972 Gripe About Neighborhood Name Has 2016 Echoes

Exhibit A: The Midtown vs. Cass Corridor name game echoes 1970s resistance in the same neighborhood. 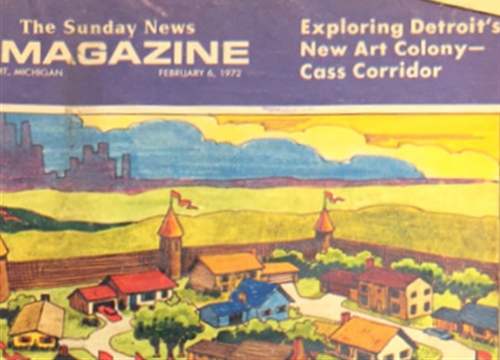 Its artistic residents don't call it that. "It's a city planner's label," says painter John Egner, a WSU professor. "Catchy and upbeat. But it has nothing to do with us and what goes on here. Who names their own neighborhood?"

"The rich cultural identity of the Cass Corridor is ignored in this Freep story about new construction in the area," he posts on Facebook, "because someone has decided to rebrand the neighborhood as 'Midtown.' " The post adds:

John Gallagher, did you decide that the Cass Corridor no longer exists or is that a Freep decision? Seems really bizarre to erase a neighborhood because of propaganda from Midtown Inc.

And the fact that this story ignores the negative impact of gentrification is baffling. The line between journalism and propaganda seems to have blurred. Embarrassing.

In a follow-up comment, Neavling adds: "We shouldn't be letting real estate zealots rename our neighborhoods. And when the media follow suit, the new brand sticks and the old name is erased."

In a 2014 post at Detroitography, which Neavling links to, WSU master's degree student Alex B. Hill reaches back to Cass Avenue's provenance:

The area got its name because it is the former farmland of Lewis Cass, second governor of Michigan.

Being engulfed by the idea of “Midtown,” the Cass Corridor has lost some of his important historic meaning. 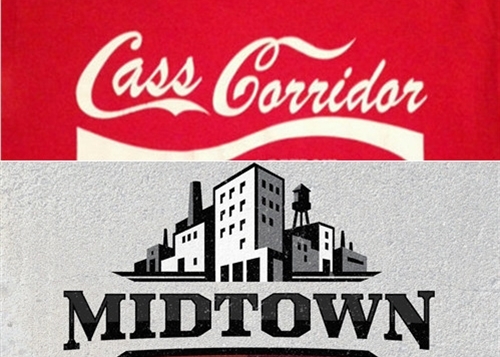 "Funny we're still talking about the same things," says Drew Philp, a Detroit freelancer and novelist who spotted the 1972 article during article research and tweeted a scan of the first nine paragraphs.

An aside: The neighborhood name debate endures far longer than the Sunday magazine, as did the career of Joy Hakanson Colby.

"I came to The Detroit News in 1946, fresh out of the Wayne State University art department with a degree in painting," she wrote in Detroit Metro Times in June 2006, two months after retiring. "I got the art critic's job a year later."

The 1972 magazine piece gives a sense of Cass Corridor in that decade of sweeping social, political and artistic changes:

These are serious artists . . . who have made art buffs aware of their work in gallery shows.

Collectively, they've opened the artist-steered Willis Gallery four doors off Cass; made an impact as teachers; infiltrated the staid Detroit Institute of Arts as curatorial assistants; involved themselves with outdoor murals and sculptures for the city's parks and neighborhoods.

As a breed, they are the self-styled "educated poor." Dedicated to the quality of life rather than the material trappings. Uncompromising on the goals they have set for themselves as artists. Suspicious of instant success."

Imagine what they think of Midtown the Cass Corridor now.