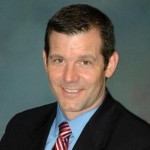 New e-mails show how callous, defensive and misleading some in the administration had become as it became increasingly clear that Flint residents were subjected to dangerous levels of lead and other chemicals in their drinking water while under state control. In e-mails to each other, the communications teams of the governor’s office and the Michigan Department of Environmental Quality (DEQ) even scoffed at ministers and experts who expressed concerns about the water.

“The ACLU’s fear campaign on this issue is an embarrassment,” Brad Wurfell, then-spokesman of the DEQ, wrote in response to stories by watchdog journalist Curt Guyette, who a year later was named “Journalist of the Year” by the Michigan Press Association for his revealing work on the Flint water crisis.

Snyder spokesman Dave Murray, who was removed from his position last week, blasted his former MLive.com colleagues, accusing them of “milking” the crisis for web hits by writing [four] stories in one day about the implications of Flint’s contaminated water.

“Based on my MLive experience, I can tell you this means A) the stories are getting a lot of hits, and they are milking it in an attempt to B) get the stories to go viral,” Murray wrote on Jan. 26, 2015. “Journalism has taken a backseat to hits.”

Fun fact about those four stories Ron Fonger wrote on Jan. 26, 2015: They got very little readership.

Ron wasn't aggressively pursuing the story for the "clicks." He was performing an important public service. That's clear to everyone now, of course, as is the fact that Ron is an outstanding journalist and professional.