2016 Recap: Gil Hill Praised as 'A True Supporter of the City,' 'Always Encouraging'

This repost from February is No. 5 in our countdown of most-viewed 2016 articles. Links to the Top 10 list so far are at the end. 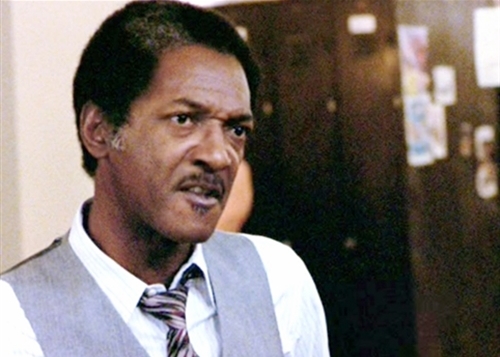 Hill, 84, was admitted to the hospital Feb. 17 for pneumonia and was listed in critical condition. Before that, he had been in a rehab center for treatment of a lung condition called COPD (chronic obstructive pulmonary disease).

Hill, who headed the Detroit Police Department homicide division, was elected to the city council in 1989 and rose to president. In 2001, he ran for mayor against Kwame Kilpatrick.

Gilbert Roland Hill was born in Birmingham, Ala., and came north as part of what's called the Great Migration. He and his wife, Delores Hooks, raised three children in Detroit.

"The only difference between Inspector Todd and my real life is that I don't curse as much in real life," he's quoted as saying.

Political consultant Mario Morrow, one of the family representatives, calls Hill a "fun-loving, extremely humorous" person who enlivened parties. Morrow helped run Hill's first council campaign in 1989, which he described as easy because Hill had just appeared in the Beverly Hills Cops movie. "Outside of Coleman Young, he was one of the most popular politicians we had in this community," Morrow said.

That year, he got the second-most votes. The next election, Hill garnered the most votes and became council president.

In 2001, Morrow recalls days after Hill lost his mayoral bid, he said to Kilpatrick: "I'm sure glad you kicked my ass."

Morrow says he went on to explain to Kilpatrick: "Because the energy it would have taken to become a dynamic mayor is something you have, and I don't know if I have it at this point."

He is survived by his three children, Gary, Stephanie Anderson, who is married to Michael Anderson and Jeffrey. He has three grandchildren and and two great grandchildren.

Hill is one of two Detroit police retirees with an Internet Movie Database page. His references there for 1984-2004  films as the boss of Axel Foley (played by Eddie Murphy) are more extensive than those for Ira Todd, a technical adviser for the one-season 2013 series "Low Winter Sun" on .AMC.

A family says, in part:

We are relieved that his  passing was peaceful and painless. Details on the funeral will be forthcoming. We asked that you pray for the family and respect our privacy during this very difficult time.

As a rookie deputy, I developed a professional relationship with Gil. Occasionally I would deliver information from the Wayne County Jail to him regarding homicide cases.

Our friendship grew as I continued my career in law enforcement and he was always encouraging and supportive of my development. My thoughts and prayers are with Gil’s family during this difficult time.

Gil Hill spent more than 40 years serving our city in the Detroit Police Department and as a member of the Detroit City Council. He never stopped believing in our city and dedicated his life to making our city a better place for all. Our condolences go out to his family.

“We’ve lost a true supporter of the city and its people. I deeply valued Gil’s friendship, guidance, his law enforcement prowess and his affinity for the city he adopted and never left following his military experience,” Napoleon said. “He epitomized public service because there was never a barometer in his eyes as to how people should be treated. He treated everyone the same — with respect and concern. My condolences to his family, loved ones and friends — he will truly be missed.”