More than a young hothead is on view in the case of Jake Croman's videotaped diatribe against an Uber driver in Ann Arbor last week, blogger Mark Maynard of Ypsilanti senses.

He sees a disturbing example of "the power of the Internet to destroy people’s lives." 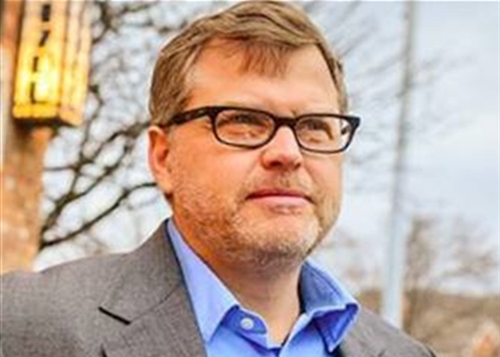 Mark Maynard: "It’s a story . . . that plays well in a nation where the middle class is disappearing and a species of arrogant, entitled super-rich are emerging." (Facebook photo)

Maynard, who doesn't defend the University of Michigan fraternity member's "condescension and slurs" aimed at Artur Zawada for declining to serve him March 20 because of past unpleasantness, approaches the episode and broad backlash as a sort of sociology lesson -- a mini-study of online shaming, 2016-style. Zawada shot and posted the 33-second video, watched more than 700,000 times in six days.

I’m just fascinated by how quickly the story took off, and how little time it took from the point when the video first showed up on Reddit and when someone launched the site JakeCroman.com, promising Mr. Croman, “Within hours or days, this website will be the #1 listing on every search engine for your name. Anyone who searches for you anywhere will come here first. You’re fucked.” . . .

I’m fascinated by the evolution of frontier justice in the digital age. Whenever there’s a story of someone being turned on by the internet, I’m completely captivated.

Regardless of whether or not it’s deserved, I just can’t turn away. . . . It’s something . . . to see individual people so caught up in a story that they decide to invest themselves on a personal level, joining in an anonymous movement to bring a specific person down for his or her perceived crimes.

And we’re seeing an incredible example of this play out today, where the internet, based on a 33-second video clip, has collectively decided to ruin the life of a University of Michigan student from New York.

Maynard, a community figure who hosts "The Saturday Six Pack" weekly podcast at AM1700 in Ypsilanti, acknowledges "I have no idea what's really going on here" in the brief video and adds: "I'll try to keep an open mind, and consider the possibility that Zawada wasn’t completely without blame." 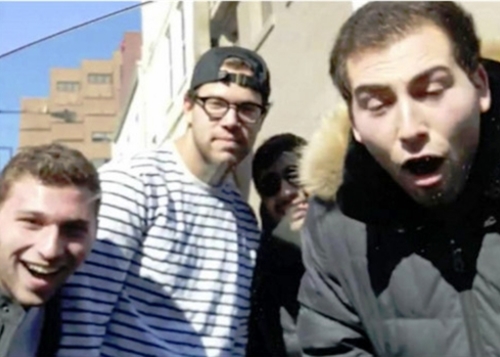 Croman is at rightin this scene from the Uber driver's video, played over 700,000 times on YouTube.

Setting aside the backstory and Croman's claim of anti-Semitism, the blogger muses about coast-to-coast interest in a streetside argument.

I can understand why this video went viral in Ann Arbor, where, for a long time now there’s been concern about the growing influx of wealthy New York students, and how their presence might be changing our beloved little Midwestern college town, but I’m not quite so certain as to why this story has taken off nationally when there are so many videos posted each day of people berating one another.

My guess, and I’d be curious to know what others think, is that the weight of the internet is coming down on Croman, who happens to be the son of Steven Croman, one of New York City’s most reviled landlords, because of the class dynamic at the center of the conflict. . . . It’s a story, I think, that plays well in a nation where the middle class is disappearing and a species of arrogant, entitled super-rich are emerging.

When Croman sticks his face in Zawada’s car window and says, “You’re an Uber driver, go fucking drive, you little fuck. . . . There are fifty of you and there is one of me. Who spends the most money, you little fuck?” it understandably pushes people’s buttons.

And it doesn’t help when, at the end of their confrontation, Croman yells at Zawada. . . that he’s just going to go back to his apartment and watch television, implying that he’s of a class that doesn’t have to struggle, like the man he’s yelling at, in a service industry job that’s beneath him. . . .

Some things just speak so perfectly to the time in which they happen that there’s really no way you can ignore them.