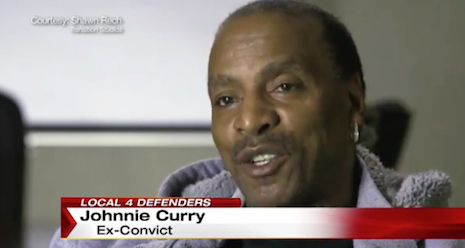 Wayne County Prosecutor Kym Worthy has portrayed convicted drug dealer Richard Wershe Jr., who earned the nickname "White Boy Rick," as a drug kingpin, a Pablo Escobar if you will, a danger to society, who was instrumental in destroying the very fabric of Detroit with his massive drug sales in the 1980s.  She's done everything in her power to keep him locked up and make him out to be a drug figure far bigger than he ever was.

Her office is currently fighting a ruling by Wayne County Circuit Court Judge Dana M. Hathaway, who agreed last September to resentence Wershe, who is serving life in prison.  Worthy challenged that ruling, and the case is now before the state Supreme Court, which could rule any time now.  A ruling in favor of Judge Hathaway, would likely result in her resentencing Wershe to time served. That would be justice.

A  new documentary, that HBO could show, makes Worthy look foolish for her ridiculous crusade to save the public from Wershe, who was arrested at 17 for dealing drugs. Twenty-eight years later, he remains behind bars at 46.

WDIV's Kevin Dietz aired snippets Wednesday night from "650 Lifer," the documentary by award-winning producer Shawn Rech and Transition Studios.The film, still is in production, has interviews with a former FBI agent and a major drug trafficker in Detroit who say Wershe wasn't close to being the kingpin he's been portrayed as by people like Worthy. 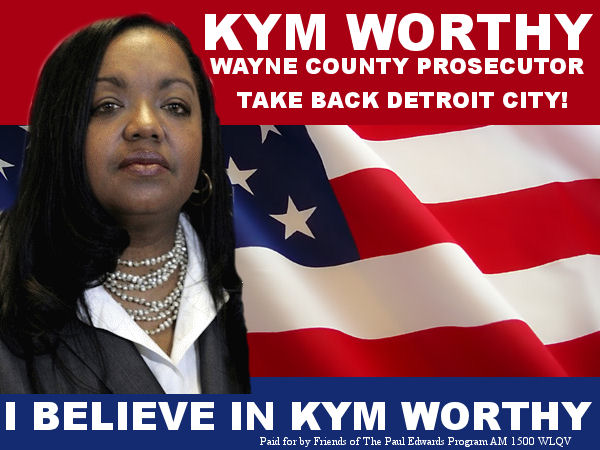 “Rick was nowhere near me from a scale of one to ten,” ex-convict Johnnie Curry says on camera.  “I’m a 10. He is a two. Rick couldn’t touch me with a ten-foot pole. They made him way bigger than he was.”

I used to speak to Curry when I was a reporter at the Detroit News and he was a federal prisoner serving time for drug trafficking. He was married to Mayor Coleman A. Young's niece, Cathy Volsan Curry.

He ran the Curry Brothers organization, and he was a big time drug dealer. He's now on the outside. At one time, he considered Wershe an enemy. Wershe was an FBI informant who helped put him away. Wershe also started dating Curry's wife when he went off to prison.

“I did way more than he could have possibly done to get that kind of sentence,” Curry says in the documentary, referring to the drugs he sold. “Rick should have done seven to eight years and been home.”

Gregg Schwarz, a retired FBI agent who investigated drugs and wants Wershe set free, says in the movie about Wershe:

"I’m sorry to tell you that the legend of White Boy Rick is just not true." He never nearly as big as law enforcers him out to be, Schwarz insists.

It never helped that Wershe earned the nickname "White Boy Rick." It only made him sound more notorious. It also probably never helped that he cooperated in an FBI sting that resulted in the indictment of cops, and that he provided information to the feds about the late Gil Hill, a popular figure in the community, who came under scrutiny by the FBI for his work as a homicide cop. Hill was never charged with any crimes.

Kym Worthy has created something in her head -- likely fueled by false information from those in law enforcement  who resented Wershe helping the FBI bust cops -- that Wershe was a kingpin then and remains a monster today, 28 years after he was taken off the streets as a teenager.

I don't doubt Worthy's passion for justice and her desire to protect the citizens. She's done a lot of good things for the people of Wayne County.

But in this case, Worthy only need save herself from continuing to carry out a big injustice.