Two days after The Michigan Daily reported that some graduates cursed and booed him, as we summarize below, other media focus on this speech's controversial parts. 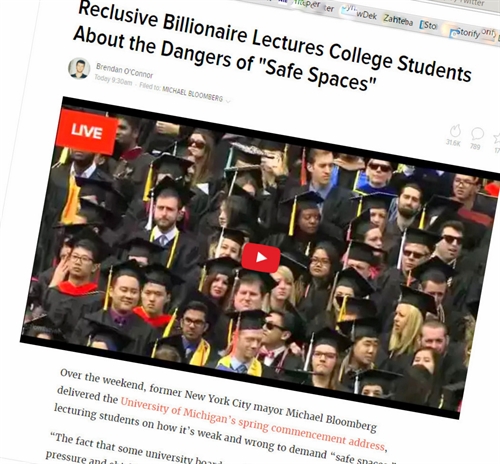 Gawker is among national sites catching up two days after commencement in Ann Arbor.

A brief video excerpt (below), posted Saturday on YouTube by the Young Americans for Freedom chapter at UM, has more than 29,000 viewings.

Dealing with nasty comments and uncomfortable situations is part of real life, University of Michigan commencement speaker Michael Bloomberg told spring graduates Saturday in a blunt speech that drew jeers and epithets, according to The Michigan Daily. 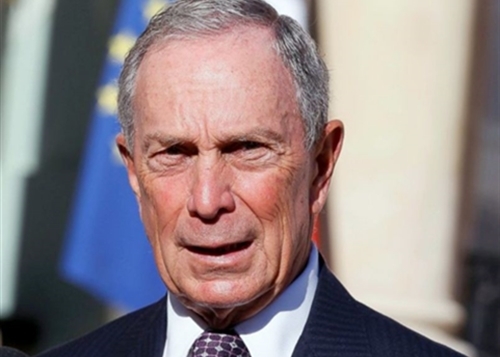 Michael Bloomberg: “The whole purpose of college is to learn how to deal with difficult situations -- not run away." (ABC News photo)

He said the use of safe spaces prevents students from learning about difficult experiences they will encounter outside of the university.

“The fact that some university boards and administrations now bow to pressure and shield students from these ideas through “safe spaces,” “code words” and “trigger warnings” is, in my view, a terrible mistake,” Bloomberg said. “The whole purpose of college is to learn how to deal with difficult situations — not run away from them. A microaggression is exactly that: micro.” . . .

He cautioned against limiting expression.

“One of the most dangerous places on a college campus is a safe space because it creates the false impression that we can insulate ourselves from those who hold different views,” Bloomberg said. “In the global economy, and in a democratic society, an open mind is the most valuable asset you can possess.”

His remarks drew a mixed response from the assembled crowd of graduates and parents, with both noticeable booing and clapping throughout the stadium. During several parts of Bloomberg’s speech, students could be heard yelling epithets at him.

Bloomberg reinforced his thrust in a post-speech tweet. "An open mind will be essential to success," he says while congratulating the Class of '16 .

The campus newspaper quotes two graduates in the audience:

"Fuck you!" Screams a graduate at our speaker and boiiii I'm inclined to agree #MGoGrad

This 90-second excerpt from the address has been seen more than 29,000 times on YouTube in two days: