Gallery: Detroit Public Library is Hipper Than You Think 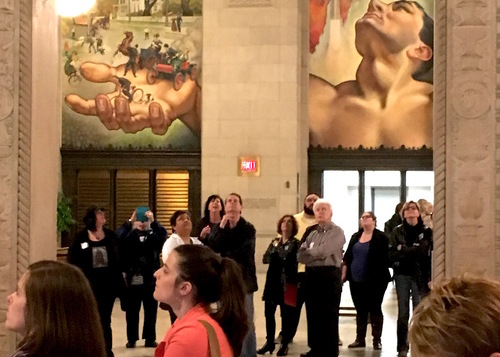 When I was a student at Michigan State University I always remember a friend, Mark Jacobs, a true character, coming over the house on Hagadorn Road in East Lansing  with a friend to attend a party my roommates and I were throwing.

He introduced the friend and then said with a grin: "He's hipper than you think." I never forgot that intro.

That story came to mind Wednesday night when I and others took an official tour of the main branch of the Detroit Public Library at 5201 Woodward Ave. As I was walking around, I realized the grand library "is hipper than you think."

Designed by Cass Gilbert, It opened in 1921. His son Cass Gilbert, Jr. worked with Francis J. Keally to design the library's additional wings added in 1963.

Here are photos from the walk-through led by by Barbara Cohn, director of tours. To learn more about the tours click here. 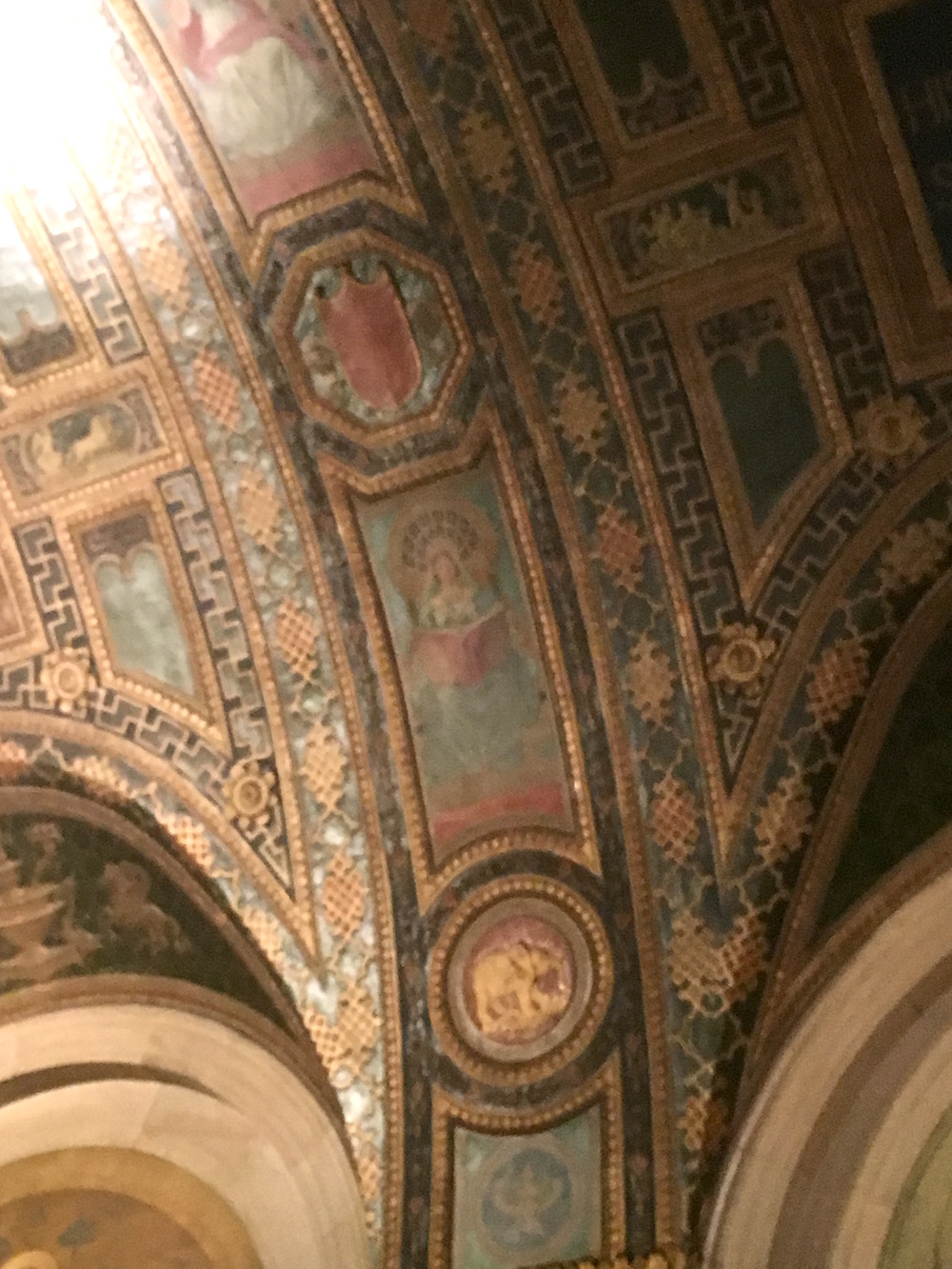 Part of the impressive ceilings 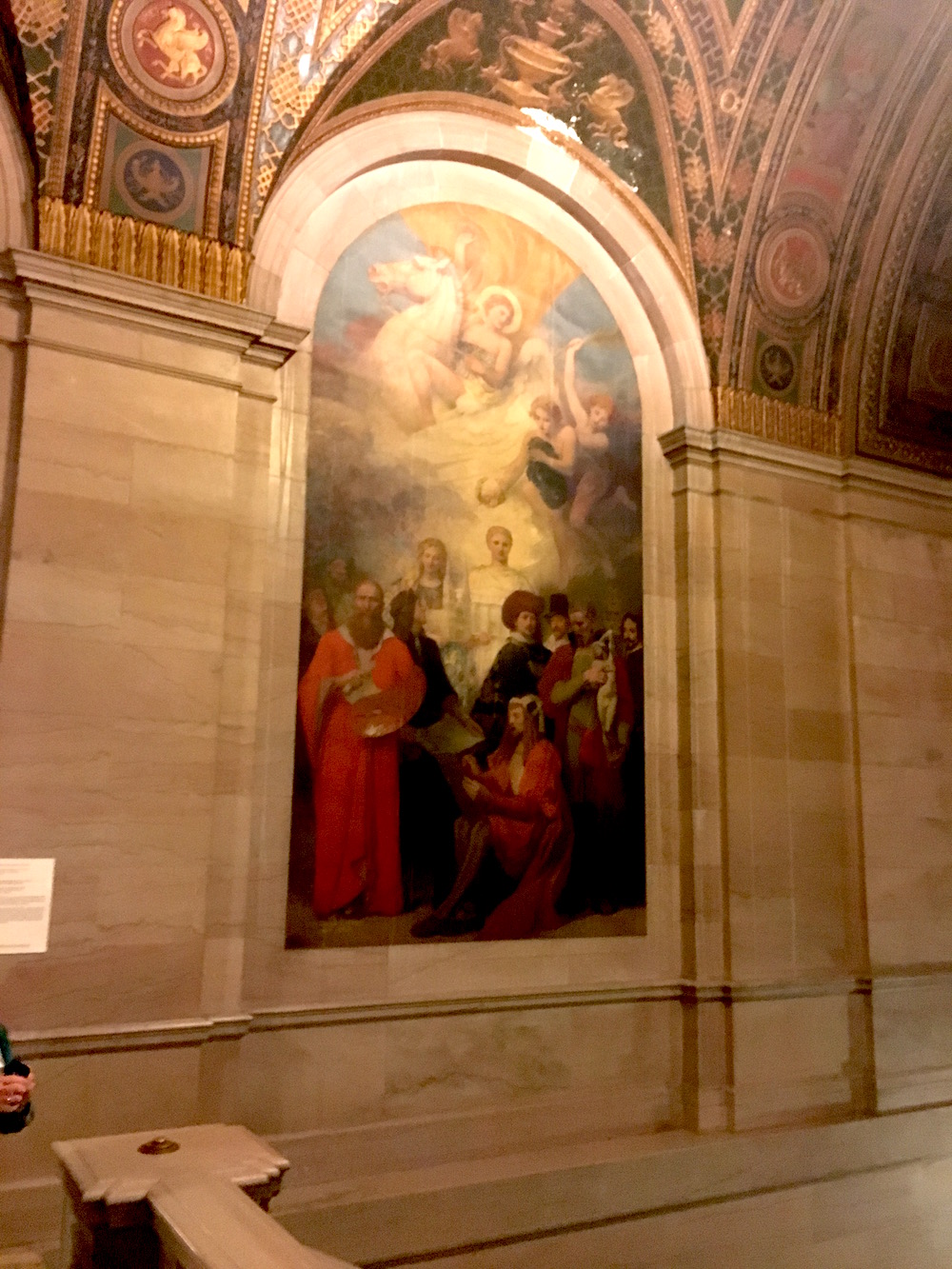 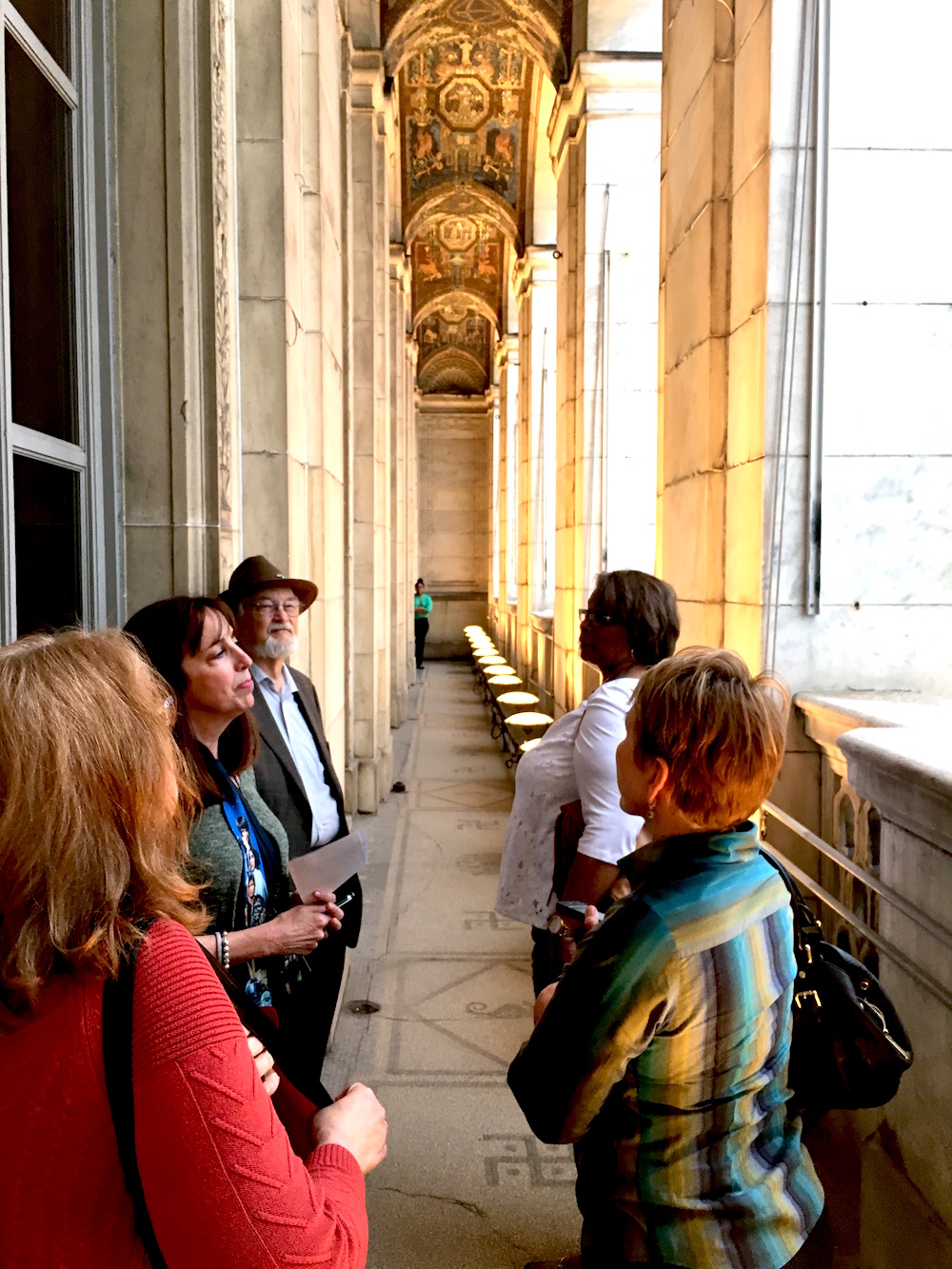 On the balcony on Woodward Avenue 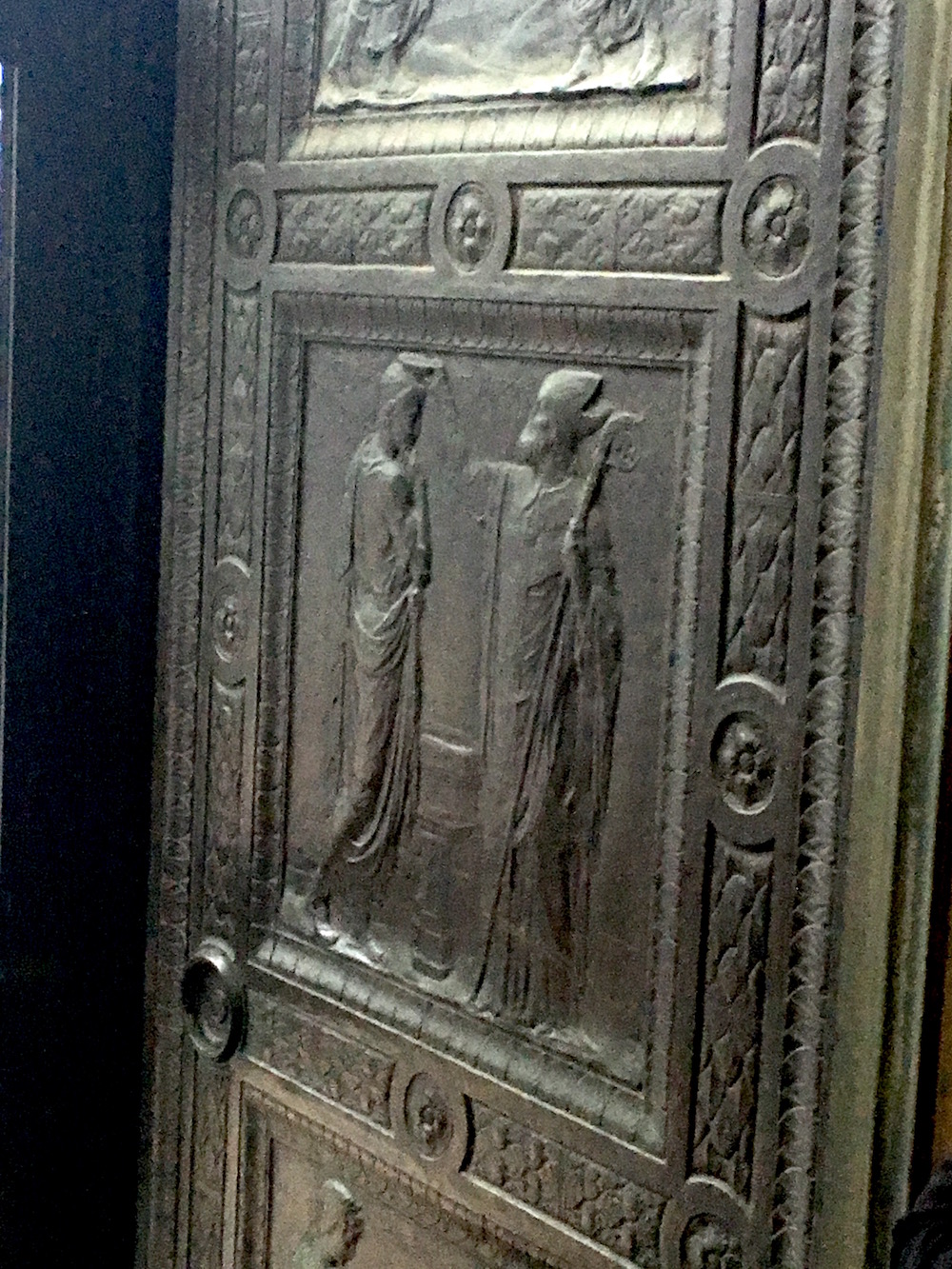 The detail is impressive 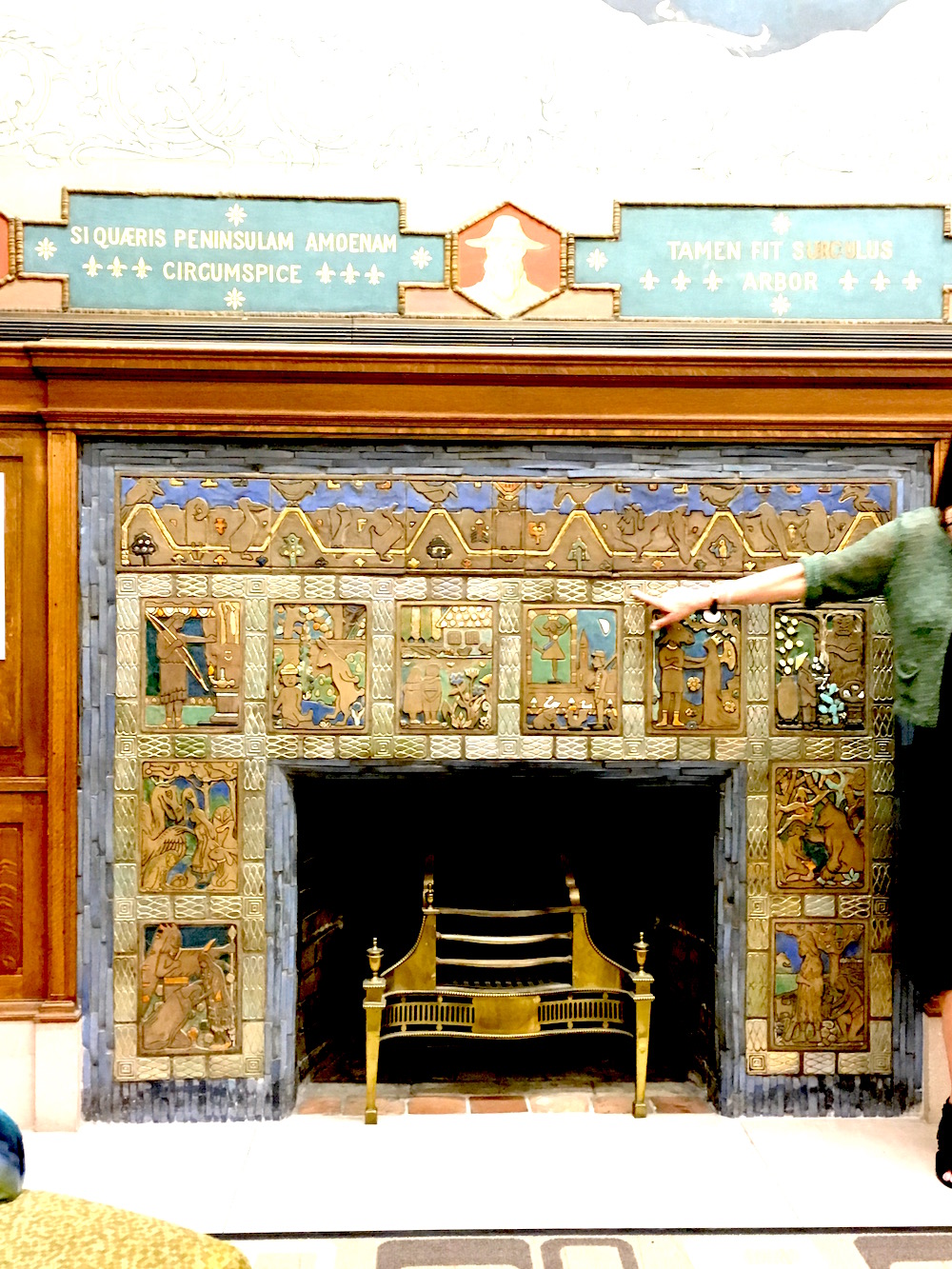 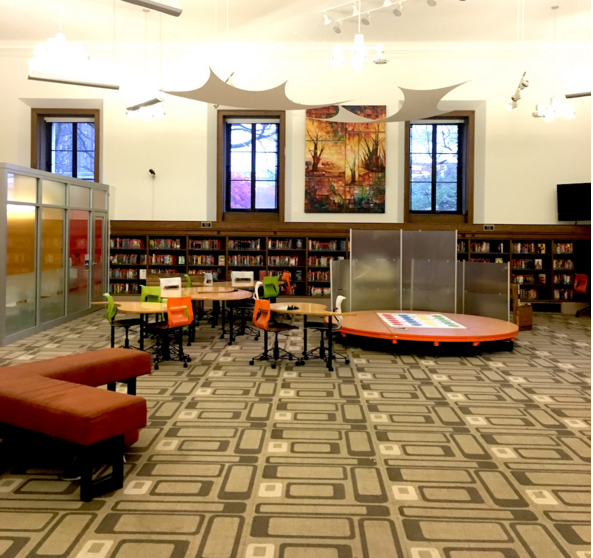 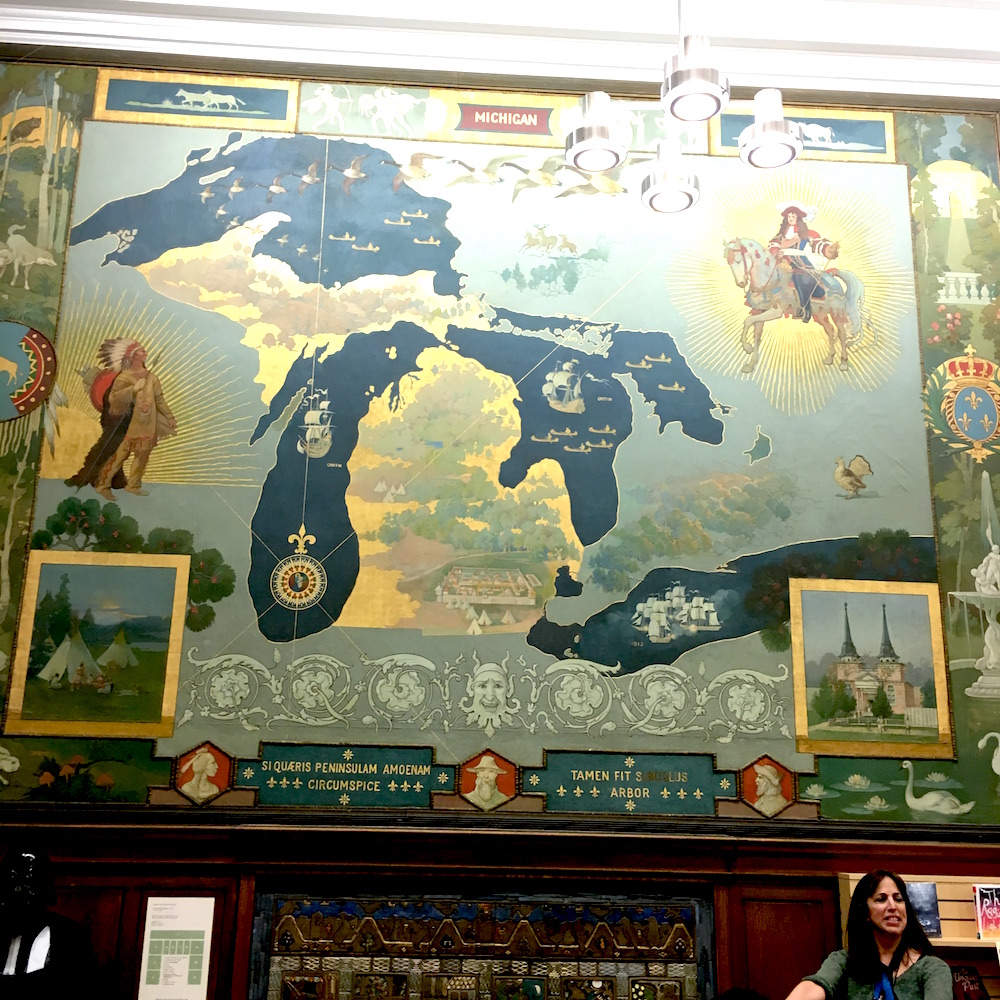 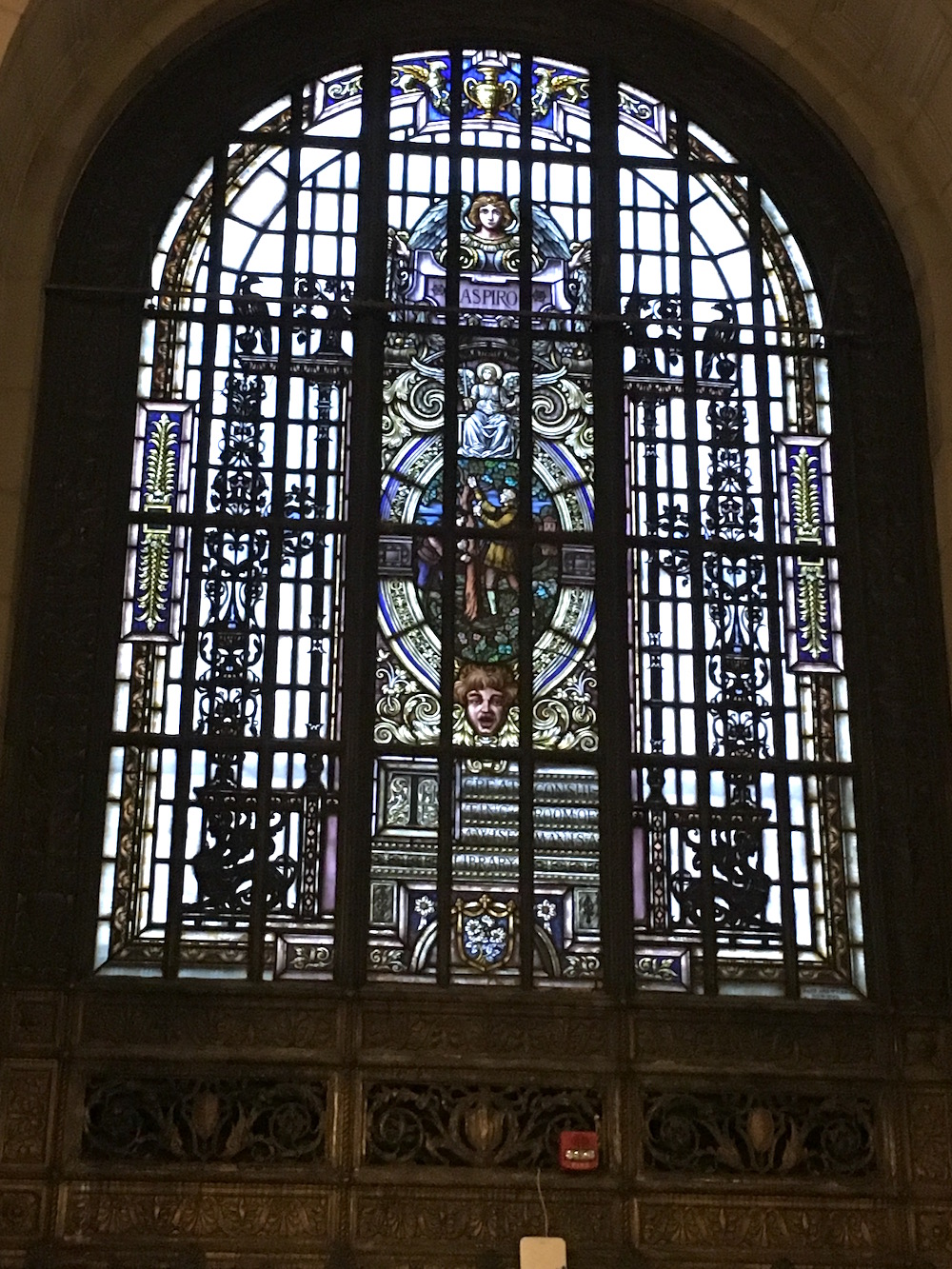