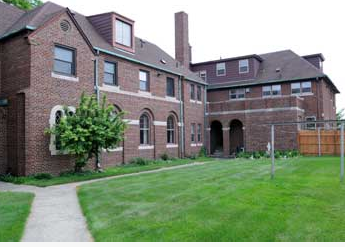 Any way you look at this, it's outrageous.

Niraj Warikoo of the Detroit Free Press reports that Rev. Kenneth Kaucheck, 62, a Catholic priest removed from churches in metro Detroit after he was accused of sexually abusing a teenager, is now the development director of Gianna House Pregnancy and Parenting Residence, next to St. Veronica Catholic Church in Eastpointe,  a new Catholic center in Eastpointe that counsels pregnant teenagers.

The church found he had sexual misconduct in the 1970s with a 16-year-old girl he was counseling as a priest.

The organization declined to respond to attempts by the Freep to get a comment.

Joe Kohn, director of public relations for the Archdiocese of Detroit, told the Free Press last week that Kaucheck's "position at Gianna House violates the restrictions placed on his ministry in 2009. We assert that he should not be allowed to continue in this position."

Kohn said that Kaucheck could be removed under Catholic canon law.

David Clohessy, director of the Survivors Network of those Abused by Priests (SNAP), said in a statement last month that it's disconcerting that "a priest who was ousted because he molested a girl now works for a nonprofit that reportedly helps girls."

"It's inexcusable for any nonprofit to hire a credibly accused child molesting cleric. A simple Google search would have shown that Fr. Ken is potentially dangerous and should never be given any position or title that confers respect, much less gives him access to vulnerable people.", prompting calls for him to step down.