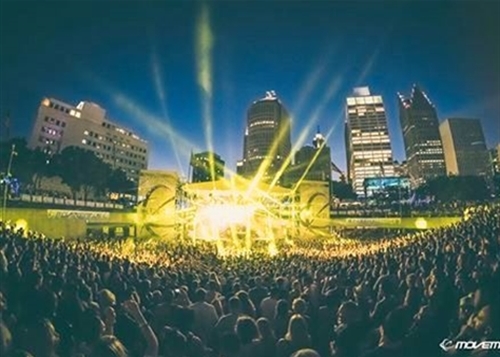 New York Times' music pop critic Ben Ratliff writes about the Movement Electronic Music Festival here over Memorial Day weekend and talks to an organizer, who said the event tries to get about 40 percent Detroit artists in the lineup.

"Forty-percent Detroit may seem low, knowing that techno is a generator of authentic pride in a city that eats pride for breakfast," Ratliff writes. 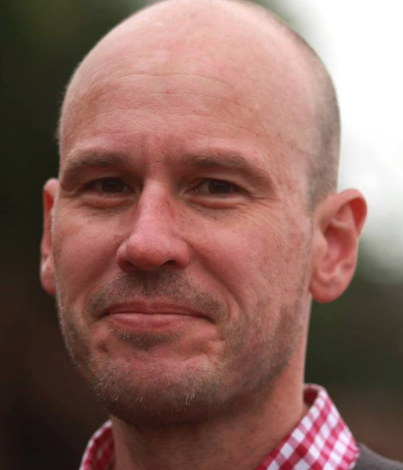 It's a great line that captures Detroit's pride -- a pride that is often intertwined with an insecurity, concerned what people think of the city. Compliments from outsiders, particularly famous ones, often bring fleeting moments of elation.

The Movement Electronic Music Festival had its tenth annual edition here on Memorial Day weekend, attracting a total of more than 100,000 people from Saturday to Monday to Hart Plaza downtown and to after-parties until daybreak around the city. They wandered among six stages in the waterfront plaza to see artists from various eras, places of origin and levels of popularity: Kraftwerk, Adam Beyer, Four Tet, Carl Craig, Kevin Saunderson, the Black Madonna, the duo of Juan Atkins and Moritz Von Oswald. For a major festival with sponsorships and heavy promotion, it’s low on flash — no fireworks shows, no A-list movie stars on private terraces. But Movement is easy to understand from a distance. It’s a dance-music locus and a tourist draw in the city that gave rise to techno. It appeals to the body.

Running concurrently with it was Trip Metal, approximately 100 times smaller: a first-time, and perhaps only-time, festival of largely nondance music, experimental or improvised or freaky or aggressive, in small clubs and cafes. It was organized in part by Nate Young, from the 20-year-old Detroit band Wolf Eyes, who headlined Sunday’s show. A few years ago one of its members, John Olson, who plays saxophone and electronics, started using the poetic term “trip metal” to describe its sound. Wolf Eyes is essentially an improvising rock trio with crude electronics and no drummer; it has often been called a noise band, and is certainly not a metal band. Its set at times came within shouting distance of jazz. Any confusion the term may have caused is only the kind of confusion that Wolf Eyes likes.

Most of the smaller event took place in El Club, a new venue in the Mexicantown neighborhood that holds 300 people; it was free, supported by private fund-raising and a small matching grant from the Knight Foundation. (Mr. Young has been clear that he has no plans to continue Trip Metal, at least under that name.) Its only advertisement, paid for by the club, was a billboard on the corner of Trumbull Street and Michigan Avenue, by the site of the old Tiger Stadium, with only four words — all caps, no punctuation, no website address: “Trip Metal Is Free.” That would raise a series of questions: What is Trip Metal? Why is it free? Why is it happening at the same time as Movement? Do these two festivals have something to do with each other? Maybe, yes.