Belt Publishing of Cleveland, which issues its third Michigan book July 7, lets Deadline post this introductory chapter by a Flint journalist who picked the Flint anthology's 23 selections by 11 women and 10 men.

I had just started writing about Flint when I found myself sitting next to Michael Moore, listening to him talk about what Flint had to offer the world. There were perhaps eight of us crammed into the small and smoke-stained meeting room of Flint’s now-defunct alternative monthly paper, The Uncommon Sense. We were on the second floor, above a small T-shirt shop that was, at the time (this was the early 2000s) one of the few businesses you’d find downtown. 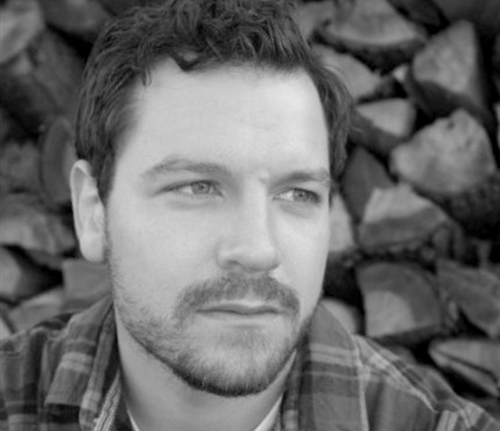 Scott Atkinson: "There is a steadfastness people like to talk about when talking about the people of Flint. A grittiness."

We’d invited him because he too had once run a small paper in Flint, work that seemed more noble when no one was making money, the editor wore untied work boots, and the highest trained reporter was the new guy who’d just started journalism school. Never mind the arguments we’d had over his films, the things some of us had said, positive we’d never be face to face with Michael Moore. Because here he was, talking about Flint.

He was talking about the Beatles.

The best art, he said, did not come straight from places like New York or London, but rather from the Liverpools and Flints of the world, the places that know what it means to struggle. The places where many people have known nothing but struggle.

We nodded along with a beatnik-like intensity. Yeah, man. Because when you say it like that, it sounds special. It’s downright romantic. We don’t want to believe that our celebrities and heroes are manufactured or had it easy. We need them to be the result of an honest struggle, proof that you can come out the other side. New Jersey has Sinatra and Springsteen. Detroit? Take your pick: Eminem. Joe Louis. The entirety of Motown. Flint’s churned out its own share as well — and what would they be to us without the city that made them?

When Claressa Shields won the gold medal, was it just her boxing that impressed us, or did we extend her fighting into a metaphor beyond the ring? When rapper Jon Connor signed with Dr. Dre would we have seen him the same way if he hadn’t, just months before, been recording and mixing in his mother’s basement? Patrick Hayes has written a brilliant and sprawling essay for this collection about the history of Flint basketball. But the story isn’t about just what Flint’s players have accomplished. It’s about what they’ve accomplished (and not accomplished) in spite of everything. In spite of Flint. 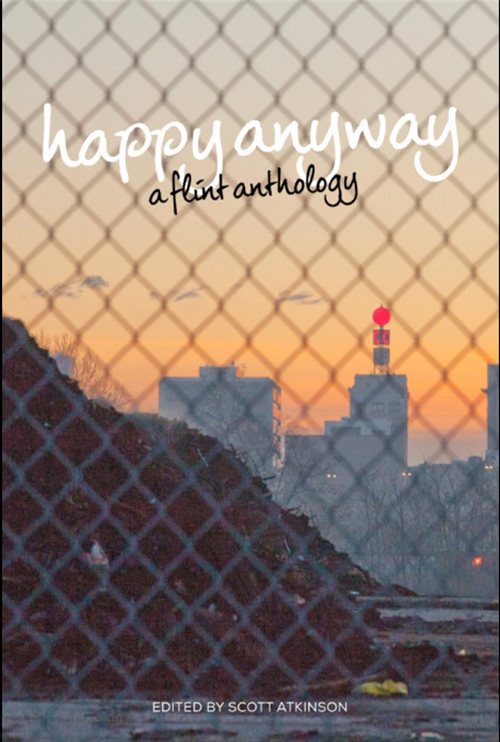 A link to order the 184-page paperback is below.

You will find no such endings here. That is not to say you will not find happi­ness — but what you will find are a lot of middles, stories about continued attempts at endings.

Stacie Scherman writes about her father, a man protecting what’s left of a warehouse that burned down and the retirement that went up in flames along with it, wondering when, or if, his share of the American dream will ever come.

Layla Meillier, our youngest contributor, writes with heartbreaking detail about what it means to grow up in Flint, to wonder what is on the other side of the horizon for her and for the city that has done so much to define her.

There is a steadfastness people like to talk about when talking about the people of Flint. A grittiness. Call it blue-collar if you like. It is a pragmatic mindset, one that is not awaiting some grand arrival, but simply pushing forward. It’s a philoso­phy borne, perhaps, out of knowing that tomorrow you have to get up and do it all over again — and again and again until you die.

It’s an understanding that life is one big middle. And once you’re smart enough to understand that, you realize that even when it’s tough you find what happiness you can.

When the Water Went Bad

That is where the title of this book comes from. I first used it in a story for Belt Magazine, writing about yet another struggle that has been heaped upon Flint: a poisoned water supply. As this collection makes its way to print, Flint is still so deeply into the middle of the crisis it is unclear when, or how, it will end. There still aren’t enough answers or solutions, and there’s no way to know how this will be remem­bered in ten or twenty or or one hundred years.

It was when writing about this that I found Pastor Bobby, a man who knows the middle better than anyone. He runs a homeless shelter on Flint’s north side, only a few blocks from the once-sprawling car factory so big it was called Buick City. He had helped people through all of the problems the city had to offer — victims of crime, joblessness, homelessness, hopelessness. And when the water went bad, he took that on, too.

Flint happiness is a fought-for happiness, an earned happiness. It’s a happiness that carries an asterisk, a never-ending footnote of stories that demand you understand and respect the history of where everything good in the city came from. And continues to.

Those are the stories you will find here.

Order the book ♦ Other info

'Happy Anyway:' Upcoming Book Looks at Flint, Where 'Happiness Is Fought-For,' May 5