Jeff Montgomery, an early strategist for equal treatment of Michigan's gay and lesbian residents, is being recalled as an influential leader with a delightfully warm personality.

The 63-year-old Metro Detroiter died Monday at Harper Hospital in Detroit, Matt Helms reports in the Free Press. "A cause of death wasn’t immediately known," he writes, "but friends said his health had been declining in recent years."

“It’s a little bit hard to overstate the legacy. At a time when a lot of us were afraid to come out of the closet, he was very public and very unapologetic. He inspired a generation of activists. He was a little rock with a big ripple.” 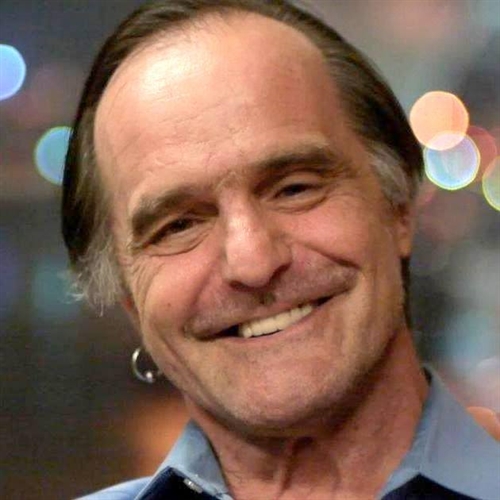 Jeff Montgomery: "He made our rights seem so basic," a past colleague says.

The six-year-old group she leads united the Triangle Foundation, co-founded by Montgomery in Ferndale, and Lansing-based Michigan Equality.

Montgomery, a Grosse Pointe native, was student body president at Grosse Pointe South High School, according to a 1997 Free Press profile. He received a bachelor’s degree in social science from Michigan State University.

Before working with the Triangle Foundation, Montgomery was public relations director for Detroit’s Thanksgiving Day parade and  worked for about 13 years on the restoration of Detroit’s Orchestra Hall in the 1970s and 80s.. . .

Montgomery in 1991 helped found Triangle, formed initially to assist victims of anti-gay crimes and work with police and prosecutors to change the culture of how anti-LGBT crimes were treated. Soon the foundation, for which Montgomery was the first executive director, was taking on other forms of discrimination against LGBT people, including in housing and employment, and branching into lobbying in Lansing and Washington on legislation affecting the gay community.

The Free Press has these tributes:

► 'Uncompromising:' “He was somewhat of a radical but he made our rights seem so basic. And Jeff’s uncompromising call for equality is what his legacy will be.” -- Sean Kosofky, past Triangle colleague who's now executive director of an anti-bullying foundation in New York

► Legal protection: "He's going to be mostly remembered for his work on hate crimes. . . I think it was his greatest accomplishment, promoting hate-crime legislation and the need for it.” -- Jan Stevenson, co-publisher of the Michigan LGBT newspaper Between the Lines

► 'Selfless:' "He was truly one of the most selfless people I’ve ever met, and he was consumed with the notion of fairness and equality for all people. I think that he was a pioneer in understanding that the issues of any oppressed community is the issue of all oppressed communities.”" -- Jim Lessenberry​, Triangle Foundation past board chairman

► 'Gentle soul:' "For all the ferocity of his refusal to let others suffer harm, Jeff was a gentle soul. He cared deeply for those he served for so long, speaking out for human rights for almost three decades through his advocacy against violence, homelessness, HIV, and the recognition of the diversity of family, sex and sexuality."" -- Ricci Levy, chief executive of Woodhull Freedom Foundation in Washington., D.C.

Salutes also are posted on Facabook:

► "The world has lost a giant, LGBT activist and hero. Jeff was wicked smart, strategic, funny and absolutely fearless! After the murder of his lover -- which the police called "just another gay killing" when they told Jeff the crime would not be investigated -- Jeff dedicated his life to anti-violence and advocacy work. . . . His impact in my own life was so deeply personal, I can't even give voice to it at this moment. . . . Jeff was one of my greatest teachers. I loved Jeff and am eternally grateful for the great personal risks he took to make the world safer for those I love." -- Collette Seguin Beighley, former Triangle staffer

► "The last words I ever spoke to Jeff were either 'Thank you' or 'I love you.' Both are appropriate. He will be missed forevermore." -- Denise Brogan-Kator

► "He did so much for human rights in Michigan. So sad." -- Desiree Cooper, former Free Press columnist

► "Jeff was a true pioneer who made the world a much better place." -- Maryann Struman, Free Press metro news editor

Memorial gifts can be made at jeffreymontgomery.org to support a documentary being made about Montgomery's life. Here is a trailer: