Detroit's Brightmoor Neighborhood: Stuck Between a Trump and a Clinton 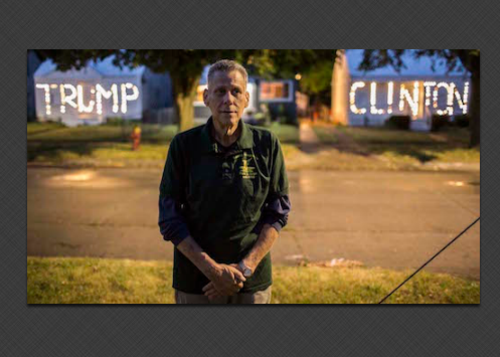 These days, John O’Malley is stuck between a Trump and a Clinton – literally.

The long-time resident of Brightmoor, a tough, worn neighborhood in northwest Detroit, is sandwiched between vacant homes on Lamphere Street -- one that says “Clinton” and another that says “Trump.” LED lights spell out the names at night, as pictured below.

“I’m not a political person, but it brings attention to our situation in America,” says O’Malley, 60, an emergency room nurse who is now on disability because of esophageal cancer. “Our political system doesn’t work any more and to end up with the candidates that we have, I’m just so embarrassed. In 60 years, I’ve never been this scared."

The houses, painted white, are the artistic work of Ryan Mendoza, an American-born artist who lives in Berlin with his wife and child. Mendoza bought one of the vacant homes from the Detroit Land Bank for $1,000 for O'Malley. The other belongs to the Detroit Land Bank and is slated for demolition in September. 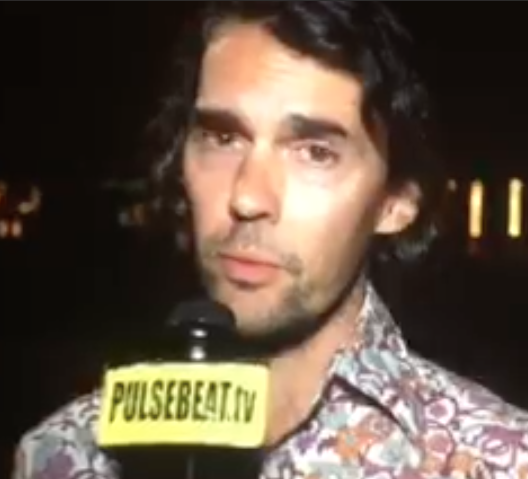 Mendoza created the art installation to draw attention to the plight of the neighborhood, the presidential race and the need to raze vacant homes on the block.

“I became increasingly obsessed with the idea of painting both abandoned houses white, drilling holes in the fronts of the houses and to light up the holes in order to spell out the names of the presidential candidates,” Mendoza tells Deadline Detroit.

He'd like to see the presidential candidates visit the block as a humbling exercise.

Mendoza is no stranger to Detroit. You might recall that he generated international attention and controversy when he deconstructed an abandoned Detroit home on Stoepel Street near 8 Mile Road and Livernois and put it back together as an art exhibit in the Netherlands in February.

Fixture in the Neighborhood

O’Malley has hung tough in the neighborhood over the years, watching vacant homes turn to crack dens and places of prostitution. Then there’s the scrappers who have preyed on the homes like vultures, leaving the carcasses to rot.

He lived there from 1956-78 with his parents. He then moved out on his own. But in 1991, he wanted to get  his parents to live the remainder of their lives in the  suburbs, so he bought their house and has been there for the past 25 years.

“The thugs took over, the police sort of pulled back,” he says, though he adds that things have improved as of late, thanks to a community activist, Jonathan Pommerville.

Pommerville recently arranged for about 20 University of Michigan students to come to neighborhood, board up empty homes and clean things up.

“They made the neighborhood totally different," O'Malley says.

O'Malley also gives a tip of the hat to Detroit Mayor Mike Duggan for having police respond to calls for scrappers, something that was a very low priority in previous administrations. He also thinks Police Chief James Craig has helped make the neighborhood safer.

Hooking up with Artist

"He showed me his own house which is flanked by abandoned buildings he would like to see demolished," says Mendoza. "I told O'Malley that if he wants the buildings to be demolished, he might let me make them into art works to pressure the city into completing at least the demolition of 14380 Lamphere which had been already on the demo list for several months." (That's the house with "Clinton" that's slated to be demolished in September).

Mendoza said he plans to pay to demolish the other vacant home that bears the name "Trump."

“I want to see a positive result," Mendoza said of the exhibit.

O’Malley says he had hoped to move up north to live out his retirement. But he said that’s not economically practical at this point since he was forced to stop working because of his ill health

Instead, he says, when the two homes that bear the presidential candidates' names are demolished, he’ll plant a garden and let his dogs run around. He figures it is as close as it gets to living up north.

In the meantime, he says of Mendoza's art installation: “I’m really quite pleased with it. It’s getting a lot of attention.”

As for voting for president in November?

“At this point, I feel like I don’t want to vote.” 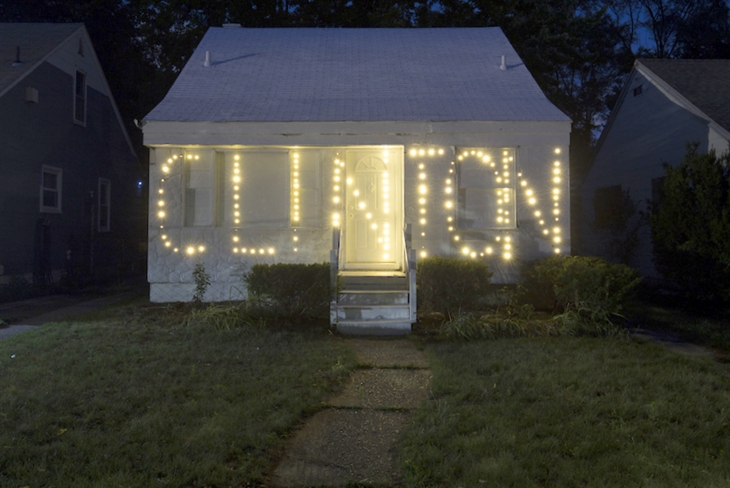 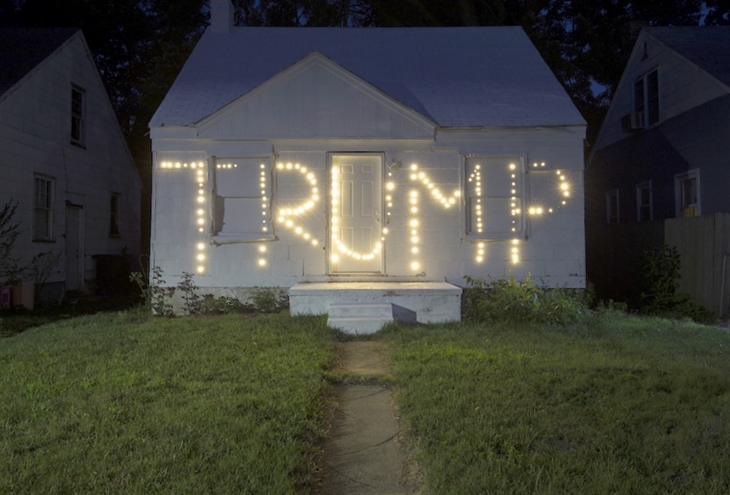