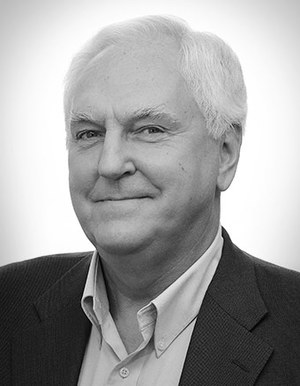 As Republicans head to their state convention this weekend, they quietly have a notorious felon in their midst.

William Rauwerdink is not your average guy with a secret to hide. His disgrace was so big that it embarrassed the entire Michigan Republican Party when it all unraveled.

GOP officials learned last year that Rauwerdink -- at the time a member of the party’s State Committee – had served nearly four years in prison and was ordered to pay $285 million in restitution after pleading guilty in an infamous financial fraud case well known in Wall Street circles.

Yet, the West Bloomfield Township businessman continues to quietly play a role in the state GOP even after revelations of his sordid past “shell-shocked” the party leadership just 18 months ago.

At the February 2015 state convention, Rauwerdink tacitly decided not to seek re-election to the State Committee after his shady history was exposed. At that point, it seemed he was fading from the political scene.

But that wasn't the case. Rauwerdink has been actively involved ever since with the Republican leadership group in the 14th Congressional District, a political territory that covers a wide swath of Detroit and Oakland County.

He landed his new role with the Michigan Republicans despite widespread media coverage of his criminal background after Deadline Detroit broke the story just days before the 2015 convention.

At the time, Paul Welday, a prominent former Oakland County party chairman and a fellow 14th District GOP delegate, summed up the party’s reaction to Rauwerdink’s secrets in remarks to the Detroit Free Press. “I’m a little shell-shocked, like everybody else,” said Welday, who died last April. “I guarantee you, nobody knew anything about this.”

But once everybody knew all about Rauwerdink, he still won election at that February 2015 state convention to the 14th District Executive Committee.

As the Republican elite prepare to gather for another state convention this weekend in Grand Rapids, it’s assumed Rauwerdink, 66, will be in attendance. Delegates will choose two party nominees for the Michigan Supreme Court, the State Board of Education and the boards of Michigan State University, Wayne State University and the University of Michigan.

He continues to show interest in being an active part of the party. According to an online message in July, Rauwerdink wrote that he went to the Republican National Convention in Cleveland, though not as a voting delegate.  And on Tuesday night, the Oakland County GOP Executive Committee elected him to the party's Rules Committee, further proof that this guy just keeps getting a pass.

Sarah Anderson, a spokeswoman for the Michigan Republican Party, steered Deadline Detroit inquiries about Rauwerdink to the 14th District Committee. 14th District Chair Janine Kateff, also of West Bloomfield, could not be reached for comment. An attempt to reach Rauwerdink for comment through email was unsuccessful.

Rauwerdink’s prison sentence stemmed from a 2003 federal indictment on 16 counts of fraud while he served as chief financial officer of Lason Inc. of Troy, a digital imaging company that did business with several major corporations, including the Detroit Three automakers. 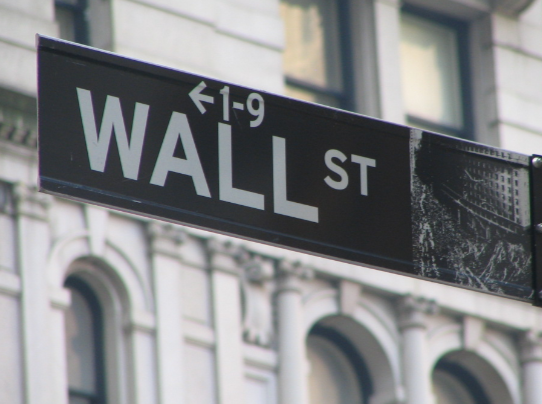 From the Motor City to Wall Street, the scheme was notorious in financial circles, as pointed out by a Wayne State University professor who studies white-collar crime, who called it “one of the worst accounting frauds ever,” before it was upstaged by much bigger scams at Enron and WorldCom.

In 2007, Rauwerdink, admitted to cooking the books at Lason and pleaded guilty to mail, wire and bank fraud. He was sentenced to three years and nine months in prison.  The swindle involved reporting company revenues that were wildly off the mark to boost the firm’s stock price, which led to repeatedly filing fabricated information – record earnings, quarter after quarter -- with the U.S. Securities and Exchange Commission. Lason declared bankruptcy in 2001.

The federal judge overseeing the case against Rauwerdink and two partners in crime cited the “greed and avarice” at Lason as he ordered Rauwerdink to pay the eye-popping amount of restitution -- $115 million to company shareholders, and $170 million to a Michigan-led group of banks that unknowingly lent money to Lason based on phony revenues and expenses.

In his leadership position with the 14th District, Rauwerdink specializes in arranging press releases for the committee, including a recent project that successfully convinced all 14 district chairs across the state to remain united behind presidential nominee Donald Trump’s “powerful and positive message.” He worked on those press releases along with 14th District activist Glenn Gilbert, former executive editor of The Oakland Press.  The ex-con carries two titles, publisher of the district’s GOP newsletter, and district media relations director.

Rauwerdink had prior experience writing press releases at Lason where, according to the 2003 indictment, he routinely issued releases in which the company falsely boasted of big revenue gains, information that fooled stock analysts, underwriters, brokers, shareholders, the investing public and the media reporting on business news.

In fact, Rauwerdink has fooled people at various levels for many years. His first run-in with the law came in 1995 when federal authorities charged him with insider trading while he was the CFO at a different company. He paid a $200,000 fine to settle the matter, according to CFO Magazine.

Over the past several years, Rauwerdink taught at business schools at the University of Michigan, the University of Wisconsin and Harvard. He is no longer listed as a faculty member at U-M’s Ross School of Business, but university officials could not explain the circumstances of his departure.

Rauwerdink continues to run his own company, BAM Investments in Milford, a firm that has no publicly available website or phone number, but claims on LinkedIn that is has successfully completed tens of millions of dollars in debt deals for corporate clients.

On his personal LinkedIn page, Rauwerdink notes that he served on the GOP State Committee for two years. “Did not seek re-election in 2015 to focus on the 14th District Executive Committee instead,” he wrote.

That post is listed under Rauwerdink’s “Honors and Awards."