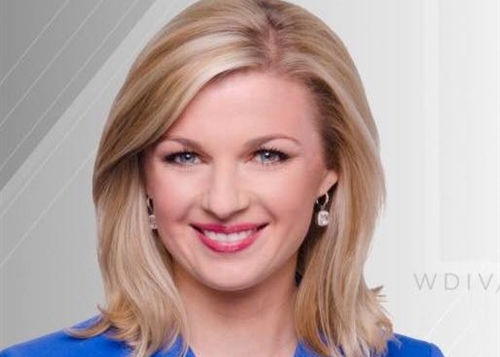 We reach the Final Four in our countdown of most-viewed 2016 articles. This originally was published Nov. 17. Links to the Top 10 list so far are at the end.

This week, word got out that a WDIV reporter used the word "nigger" in a conversation with another coworker.

Off the air, she reportedly told a crew member or producer in April: "I'm tired of reporting on these niggers killing each other in Detroit."

Sam Riddle, a local political gadfly with an active social media following, identified Podell as the offender and called for a protest Thursday morning outside the NBC affiliate in downtown Detroit. At a press conference Tuesday (video below),  he and Rev. W.J. Rideout III, pastor of All God's People Church in Detroit, urged a boycott of WDIV and its advertisers unless the station apologizes.

Update: While picketing the station with allies Thursday morning, Riddle tells BLAC Detroit editor Aaron Foley how he learned of Podell's comment and why he makes it an issue.
► The magazine's follow-up is here.

Podell & #WDIV owe #Detroit an apology for using the language of hate during an election cycle when #hatewon a presidential election. pic.twitter.com/NUQ45JbNGW

Podell, 31, is from West Bloomfield and earned a communications degree from Oakland University. Her career began as an intern at Fox 2 News in Southfield and later at WDIV, where she became a traffic reporter in 2007 and advanced to general assignments.

During live fire coverage in Lapeer three years ago, she dropped an F-bomb on the air inadvertently.

She has been married for four years. Her dad is Doug Podell, a longtime Detroit radio DJ.

5. Gil Hill Praised as ‘A True_Supporter_of_the_City.’_’Always_Encouraging’