2016 Recap: Charlie LeDuff Leaves Fox 2; 'I Have No Plan for What Comes Next'

Here's No. 6 in our countdown of most-viewed 2016 articles. It first appeared here Nov. 28. Earlier Top 10 reposts are linked to at the end.

Update, Nov. 28: It was well-known at Fox 2 Detroit that Charlie LeDuff was unhappy with the Fox News network and threatened several times to quit. The station made an effort to keep him.

"This is a terrible loss for the station and Detroit," a colleague says privately.

In addition to local coverage for the Southfield-based station, LeDuff did special reports for the parent network called "The Americans With Charlie LeDuff."

During the 5 p.m. newscast Monday, Fox 2 anchors Huel Perkins and Monica Gayle mentioned his departure and wished him well.

Charlie LeDuff, the flamboyant investigative reporter for Fox 2 known for distinctive presentations, is leaving the station.

It has been an insane experience: Detroit, Flint, The Border, Ferguson, Trump, you name it. I thank my bosses and colleagues for all they've given and taught me. Especially my partner and friend Matt Phillips who edits and films our work. A talented and courageous man.

But mostly I thank you people. I hope we've made things a little better for your children and shown you some of the complexities of our community and country.

I have no plan for what comes next. But considering the way things are in this world, I think it's time to step out and look.

I'll be staying here in Michigan, so I'll see you around. Stay tuned. 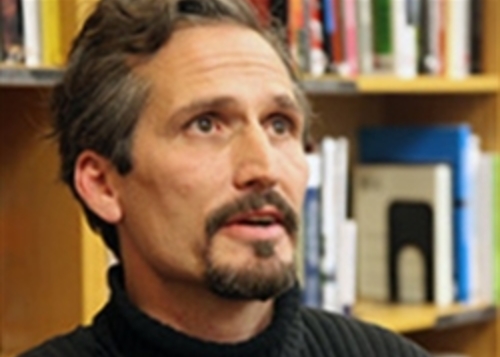 "Considering the way things are in this world, I think it's time to step out and look."

My last day with Fox is Thursday. It has been an insane experience. Thanks to my bosses and colleagues for all they've taught me. Stay tuned

Bill McGraw in July 2012 wrote this about the sometimes serious, often irreverent broadcaster with a newspaper background:

Charlie LeDuff says he is just a reporter, but since he returned to his hometown and joined Fox 2 in 2010 after two years at the Detroit News, he has crossed over into the realm of Detroit TV star. He has become a sort of 21st-Century Bill Bonds, a popular yet polarizing personality whose frenetic, news-breaking television shtick has become the source of admiration, debate and, at times, scorn.

Viewers have no reason to know LeDuff’s origins, but he is a local boy who made good, a scrawny nose guard on the football team at Livonia Churchill High School who became a star at the New York Times. Among American journalists, LeDuff was one of the nation’s best known print reporters over the past 15 years, though he remained mostly unknown to metro Detroiters. His career has been characterized by pushing limits, winning prizes and receiving praise but also snide criticism and a couple of questions about his ethics. A think tank at Harvard recommends students read his newspaper reporting; a reviewer of his book on the American male, "US Guys," saying he made the story too much about himself, called LeDuff “an erection in print.”

8 Wayne County schools, including 4 in Detroit, have Covid outbreaks