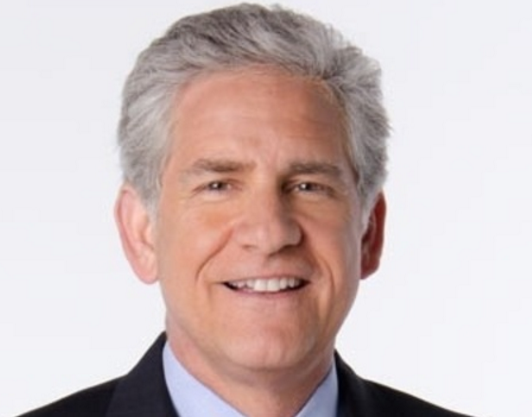 Guy Gordon, a fixture of Detroit TV news for decades, is leaving WDIV to host an afternoon talk show on WJR.

His last day is Wednesday. His radio show will air weekdays from 3-5 p.m., starting Jan. 3.

"It's going to be a broadcast for news carnivores," Gordon tells Deadline Detroit. "People who like their news and like it in depth and like to have a dialog about it."

Marla Drutz, vice president and general manager of WDIV, made the announcement in a staff memo:

"About 12 years ago, Guy Gordon made the leap from another station and came here to WDIV/Local 4. Within a short period of time, he became part of the fabric of this company and huge contributor on our anchor desk, auto show coverage and much of the important news of this region.

Well, I just want to let everyone know that an amazing opportunity has come Guy’s way. If you’ve ever heard Guy fill-in for Paul W. Smith on WJR then you have witnessed how formidable he is on the radio. His depth of knowledge and conversational interview style is what makes him such an excellent journalist."

Gordon was at WXYZ for more than 19 years before joining the NBC affiliate in Detroit in 2004.

The new show's format is being developed, its host says. "We’re still developing what it’s going to look like which is really exciting."

These are among social media tributes:

Never a dull week in Detroit media these days. Congratulations @newsGuy4 - Radio will be better because of this.... https://t.co/Wdr12ELSyq

One of the best guys in the business. Wishing @newsGuy4 Guy Gordon the best on his new gig. https://t.co/KvCzUsOsLe

Wow! I remember where I was when word came that @newsGuy4 was leaving @wxyzdetroit way back when. What a genuinely nice dude. Congrats! https://t.co/J7Dkq4lhfN

.@newsGuy4's move to @wjr is great news for Detroit radio and even better for journalism. I'll be listening (from a few miles away). https://t.co/Aqqokhc3fK

Happy for @newsGuy4 heading to his own show on @WJR but I'm going to miss him terribly. https://t.co/kbk0Hip6Ac

Congrats to @newsGuy4 on your new endeavor at @wjr. That's quite a get for radio and equally a loss to television. I'll be listening!