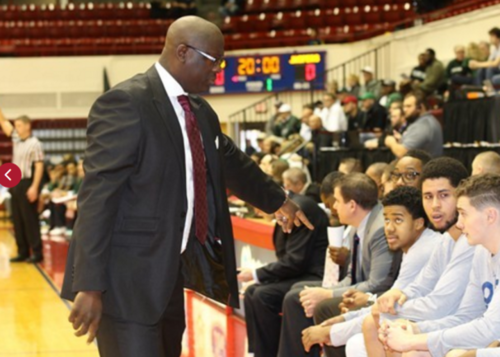 Bacari Alexander’s first season as the Detroit Mercy head coach this year had gotten off to a very bumpy start.  After 16 games, the Titans had claimed two victories, only one of which had come against Division-I competition.

But you’d listen to the coach after each defeat and his enthusiasm wouldn’t wane in the slightest.  Put a couple drops of water in Bacari Alexander’s glass and he’ll convince you it’s half-full.

It appears that optimism is finally beginning to pay some dividends.

The Titans carved up Youngstown State on Monday night at Calihan Hall, 87-71, on the strength of 14 3-point baskets and a whopping 21 forced turnovers.  The win comes on the heels of Detroit Mercy’s monster upset of bitter rival and conference-leading Oakland on Friday.

To watch Alexander’s squad fly all over the court against Youngstown would lead you to believe this group has been rolling all season.  They’re hounding ball-handlers on defense; spreading the ball around on offense; getting major contributions from the bench.  But three or four weeks ago, this current reality would have seemed like the stuff of pure fiction. 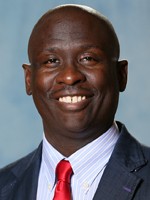 The Titans had many games that followed a distinct pattern over the first couple months of the season.  They would get out to a good start.  Maybe lead by six or eight points in the latter part of the opening half.

Then they’d give up a three.  Then they would commit a couple turnovers.  Very quickly, the lead would evaporate and the bottom would start to fall out.  There'd be a couple small spurts in the second half, but it generally wasn’t enough and the final score had a tendency to get ugly.

It wasn’t that the Titans were without talent.  Jaleel Hogan: death on the low block, Oakland coach Greg Kampe called him the best post scorer in the Horizon League. Freshman Corey Allen: a sharpshooter with an unassuming Joe Dumars-like demeanor.  Chris Jenkins: high-jumping senior that does a bit of everything.  Josh McFolley: a 3-point sniper with range out to 35 feet (carrer-high eight 3s on Monday).

But it wasn’t a particularly deep team.  Alexander would sometimes run those guys out there for 35+ minutes a game just so the Titans had a shot to squeak out a victory.

Not a Typical 1st-Year Guy

A lot of coaches would have just kept on doing the same thing. They’d have kept the rotation short, stayed with the same offensive and defensive strategies, and just kept banging that same drum until change magically occurred.

Bacari Alexander isn’t your average rookie head coach.  He decided a couple of weeks ago that changes were in order.  He was no longer going to try to fit a square peg into a round hole.  He got together with his staff and came up with a formula that might turn the tide. And that is precisely what has happened.

The Titans over the last four games have been employing what they call their “Chaos” defense. They turn up the pressure, trapping dribblers and jumping in the passing lanes. It’s not uncommon to even see assistant coach Jermaine Jackson leap from his chair and assume a crouched defensive position when the ball-handler is over by the Titans’ bench.  What better way to contribute as a coach than to actually play a little defense yourself?  This attacking style of play caused the Penguins of Youngstown St. to cough it up 21 times on Monday; all nine players for YSU that saw action committed at least one turnover.

And to Alexander’s credit, he has turned this previously top-heavy group into a nine or ten piece band.  Last night, not a single Titan logged more than 33 minutes.  Nine players saw significant court time, with each making legitimate contributions to the victory.

When senior walk-on Patrick Robinson started canning triples late in the game, you knew that Alexander had tapped into something.  This had been a somewhat lethargic basketball team just a few weeks ago and now the fourth guy off the bench was bringing the crowd to its feet.

Of course, the Detroit Mercy hoops outfit is still a work in progress and one can’t completely dismiss their 4-14 overall mark.  But we have seen firsthand in these parts how certain coaches simply refuse to adjust to their personnel, and just how damaging that inflexibility can be.

Rich Rodriguez came to Ann Arbor with a passion for dual-threat quarterbacks and spread offenses.  Never mind that Steven Threet and Nick Sheridan had no ability to handle such a role.  Rodriguez was going to jam that system into place whether it made sense or not.  And it most definitely did not.  The Wolverines would win just three of 12 games in Rich Rod’s debut season, and he’d be gone two years later.

Alexander, just 18 games into a head coaching career, has already shown an ability to adapt on the fly that a veteran like Rodriguez could never grasp.  Alexander was able to admit that things were not progressing as many would have hoped, and receptive enough to take advice and implement real change.  He credited his coaching staff after the game for helping to figure out how to best utilize this roster and maximize the team’s depth.

There’s a mantra within the Titan community that comes from the late WXYZ sports producer and Detroit Mercy superfan Reggie Hall.  He would constantly shout from Calihan's second level: “Take that ball to the hoop. . . . And make those turnovers hurt!”

It took a couple of months, but it seems like this group of Titans are finally taking that advice to heart.  Alexander and his troops wake up today with a different feeling than they’ve had all year.

They are officially on a winning streak.