'No Dry Bones:' Book Excerpt from a Photographer Who Shares Detroit Views

Camilo José Vergara, a noted Manhattan photographer and writer, has looked closely at Detroit and listened to neighborhood residents during yearly visits since the early 1990s.

His citywide observations and images fill a 304-page book published two months ago by the University of Michigan Press, "Detroit Is No Dry Bones / The Eternal City of the Industrial Age."

Vergara obviously likes the place, and will tell why during an hour-long free presentation Thursday at the Museum of Contemporary Art Detroit, starting at 6 p.m. 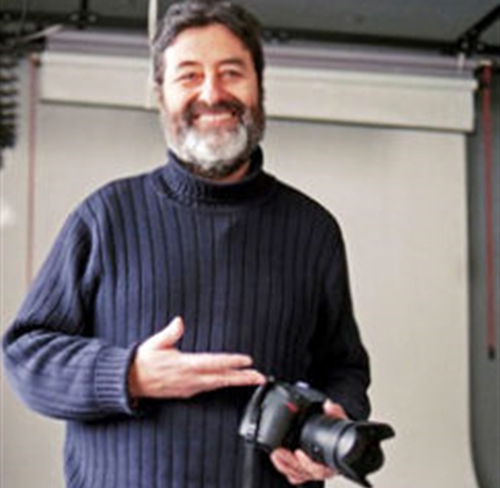 Camilo José Vergara is "always eager to return" to Detroit, as he does annually.
(Photo by Louis Volkmann)

His methodical chronicling spans two and a half decades of dramatic change. Each visit lasts "at least a week, often more," says Vergara, describing himself as "an informed, stubborn witness."

"I am always eager to return and find out what the next step will be in the life of a derelict building, city lot or vacant land on which life once thrived," the New Yorker adds in the large-format (11 by 9 inches) book's five-page introduction. It continues:

My yearly visits, which continue, have included over 500 miles of driving through streets and alleys, surveying the entire city at a cruising speed of 12 miles per hour. Driving along the main commercial and residential streets, I visit the city's landmarks, parks and cemeteries, taking numerous detours into residential streets and alleys. I have explored inside abandoned buildings and photographed panoramas from their rooftops.

The $55 hardback's chapter titles include "Traces of Past Grandeur" and "This Is No Rome: Ruins and Desolate Cityscapes."

The 72-year-old author, born in Chile, graduated from Columbia University in 1977 with a master's degree in sociology. That's when Vergara began focusing his camera on urban landscapes.

His book introduction, excerpted here via Google Books, talks about "this passion" and how his "interest in urban decline and deterioration clashes with the prevailing cult of hope." 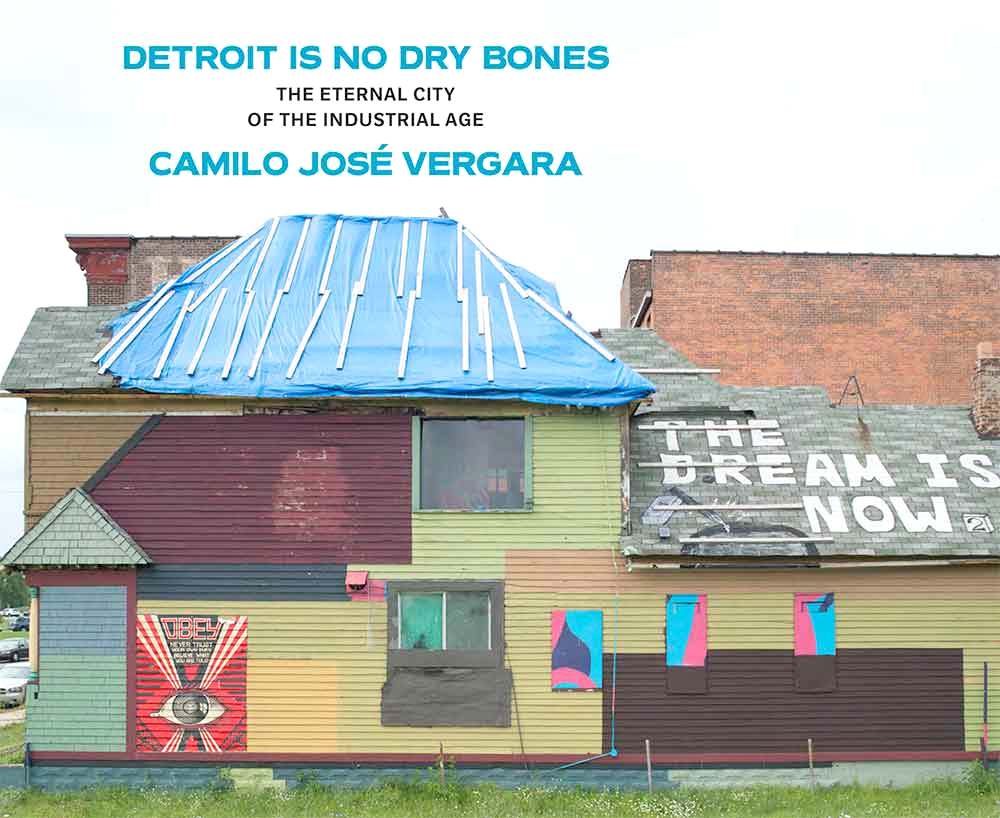 My love of ruins first attracted me to Detroit, to a city far removed from its golden age. Unexpectedly, this passion led me to the wider culture that has developed over several decades in extremely segregated areas of the city.

I had visited the ruins of Gary, Chicago, Newark, the Bronx and Camden, New Jersey, and each one had impressed me in its own way. But none had anything like the effect of Detroit's abandoned skyscrapers, derelict industrial plants and avenues of faded grandeur.

I wanted to follow the trajectory of these urban leftovers -- toward greater decay, disappearance or revival -- and to see where the new crop of ruins would emerge. That is, I went from regarding ruins as spectacle to noticing the elements f the declining city: small-scale inventions, additions, recycling of materials, sinage, murals and other components that make up the urban fabric. The ruins led me to an entire culture within the postindustrial city. . . .

At times I have felt discouraged by the guardians of Motor City's reputation, who complain that photographic documentation of decay makes the city look "grotesque, ugly and bad." An interest in urban decline and deterioration clashes with the prevailing cult of hope that favors such dictums as "Nothing Stops Detroit," "Speak Positively About  Detroit," "Detroit vs. Everybody" and "If You Can't Say Something Nice About Detroit, Don't Say Anything at All." 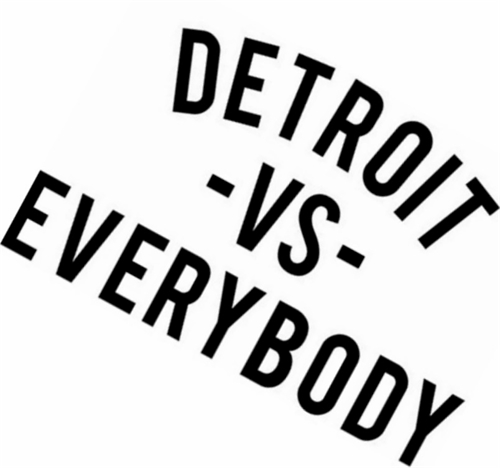 My view is that grand ruined buildings and a green, largely vacant city, can coexist with economic development.

Emphasizing achievements such as the new restaurants, entertainment venues, high-tech ventures and incoming businesses has led the world media to report extensively on the revival of a small, safe, lively and predominantly white core of Detroit. Contrastingly, the African American community believes that a revival is taking place elsewhere in the city, but  may not reach their communities in their lifetimes.

Meanwhile, the progress of the decline and the local residents' efforts to mitigate the effects of extreme inequality are left unmentioned. And as Detroit's downtown and Midtown grow stronger, representations of the neighborhoods grow weaker.

In trying to mitigate this, I persist in documenting the neighborhoods.

My research relies on what my eyes see, what my camera can record and the answer to my questions that people from all over the city have given during unstructured interviews. . . .

I see my role as an informed, stubborn witness. The humble ways in which people in inner city neighborhoods shape their surroundings deserve to be recorded and understood -- even if this may appear insignificant when compared to the ways the rest of the nation is being shaped. In the process. My photographs are a record of evolving relationships between the city and its suburbs, of relations between blacks and white, and of the residents' beliefs, their sense of aesthetic, and their successes and failures in making do.

I follow the way people from all over the nation and the world flock to the city, leaving their mark.