Video: A Chat with the Owner of Ronnie's Quality Meats, Which Turns 50 This Year 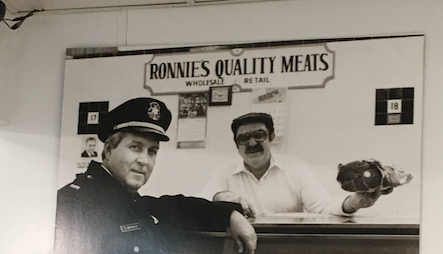 Some regulars who go to Gratiot Central Market at Eastern Market in Detroit have likely bought a slab of ribs, a pork butt or a shish kabob from Ronnie's Quality Meats from Ronnie Bedway or son Tommy.

This year marks the 50th anniversary of the business. Ronnie Bedway, who founded it in 1967, is retired. Tommy Bedway, who began working there at around age 7, now runs the place that sells pork, beef and lamb.

On top of owning the meat market, Tommy, in 2013, along with some investors, bought Gratiot Central Market, which houses Ronnie's and a number of other meat and fish businesses.

Deadline Detroit stopped by on Saturday to chat with Tommy about the business, the changing city and Mayor Mike Duggan.