These excerpts from a Sept. 28, 2009 article in Sports Illustrated by Lee Jenkins, headlined "Tigertown,"  give an example of Mike Ilitch's legacy that inspires tributes from fans, players and Metro Detroit leaders mourning his death Friday.

The sweetest image of this [2009] baseball season is the sight of Comerica Park, filled from the box seats to the bleachers. At the end of spring training, the unemployment rate in metro Detroit had climbed to 23%, the average home price fell below $12,000, and the Tigers calculated that season-ticket sales were down 13,000. Corporate sponsorships and luxury-suite sales were also taking a hit. . . . 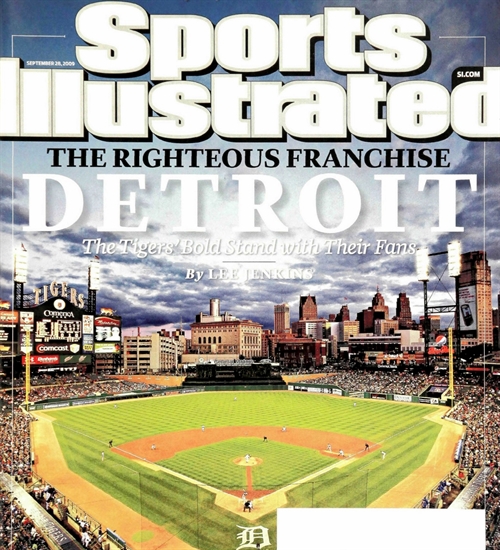 The financial forecast in Detroit has not necessarily brightened, but in a development as unexpected as Chevy's unveiling of the Volt, the Tigers have provided a jolt . . . for the city. They rank fourth in the American League in attendance, at 31,360 per game; are fifth in the majors in payroll, at more than $115 million; and, through Sunday, were still in first. . . .

Many clubs have implemented [ticket discount] programs in light of the recession, but in Detroit the effects of the downturn are more severe, so the programs are more important. Elaine Lewis, vice president in charge of community and public affairs, says the team has given away more than 80,000 tickets this year and worked with more than 2,000 nonprofit organizations, even inviting them to use Tigers home games to conduct 50-50 raffles.

The most stunning example of community outreach did not involve a nonprofit organization but a bankrupt one.

At the end of last season General Motors decided it could no longer afford to sponsor the fountain over the center field fence at Comerica Park, which shoots great plumes into the air whenever a Tiger hits a home run. The fountain is the most valuable piece of advertising space in the stadium, and two corporations quickly expressed interest in taking GM's place. One offered to pay $1.5 million for three years. Mike Ilitch, the Tigers' owner, considered the offer seriously.

Then he rejected it in favor of a deal that would pay him nothing at all. Ilitch kept the GM name where it was, free of charge, and added the Ford and Chrysler logos on each flank, over the message: The Detroit Tigers support our automakers.

To emphasize the point, the Tigers invited one employee from each of the embattled car giants to throw out the first pitch on Opening Day. Before GM inspector Loretta Abiodun went into her windup, she turned and looked at the fountain. "It was breathtaking," she says.

The deal made perfect sense to Ilitch, a pizza mogul who was born in Detroit, whose father worked as a tool and die maker for Chrysler and who still refers to Ford as Ford's, as if it were a neighborhood drugstore. He is a businessman by trade, but he is consumed with two causes that don't always lend themselves to profit. "Turning around our city," he says, "and winning the World Series." 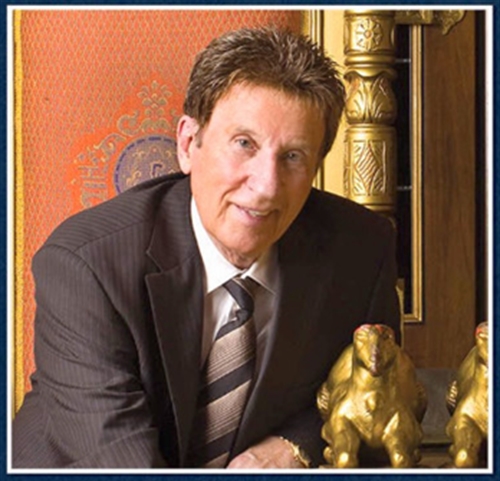 Ilitch, who is 80, wants to see those goals realized in his lifetime, which helps explain how the Tigers have managed to keep payroll high, ticket prices relatively low and the community relations budget constant in a period of plummeting revenue. As one major league executive puts it, "Their owner doesn't operate from a profit-and-loss standpoint. He treats the team more like a public trust."

Ilitch has won four Stanley Cups as owner of the Red Wings, but you get the sense he'd trade one or two of them for a World Series trophy.

Before Ilitch started Little Caesars Pizza, he played shortstop at Detroit's Cooley High, and when he graduated, the Tigers tried to sign him for $5,000. A tough negotiator even then, Ilitch insisted they double their offer. When the team balked, Ilitch joined the Marine Corps. After a four-year tour of duty he finally reported to the Tigers' minor league affiliate in Tampa, but he hurt his knee catching a pass in a recreation-league football game and lost his greatest asset, his speed.

"That still haunts me," Ilitch says. "I often wonder, Could I have made it to the major leagues if I had never hurt my knee?" He took a different route to the majors, buying the Tigers in 1992, eight years after their last World Series title, but the team went on to have 12 straight losing seasons under his stewardship, and his pride hurt as badly as his knee. 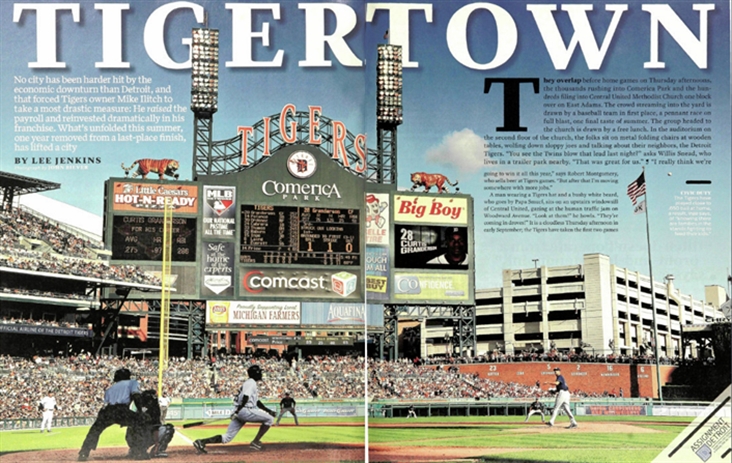