This is reposted, with slight editing, from the university athletic department website. 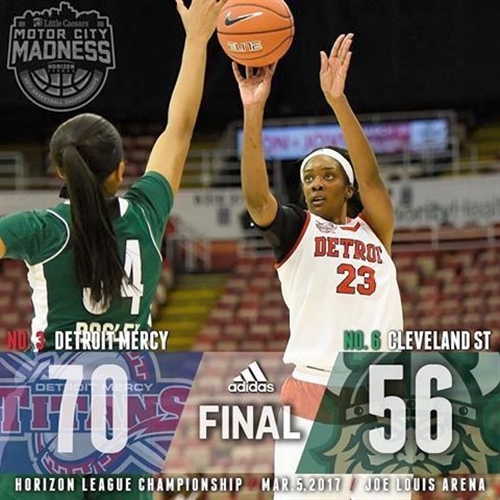 The win sets up a semifinals game against second-seeded Wright State at 3:30 p.m. Monday. The teams split two regular season games, each winning on their own home court.

The Titans (17-13) led never gave up the lead after late in the first quarter. Detroit Mercy then upped its advantage to double digits at the half and gradually extended it to the 20s late in the third and in the fourth quarter.

The defense was strong all game long and held Cleveland State (14-16) to 35-percent shooting overall and just 9 percent (2-of-22) from the outside. 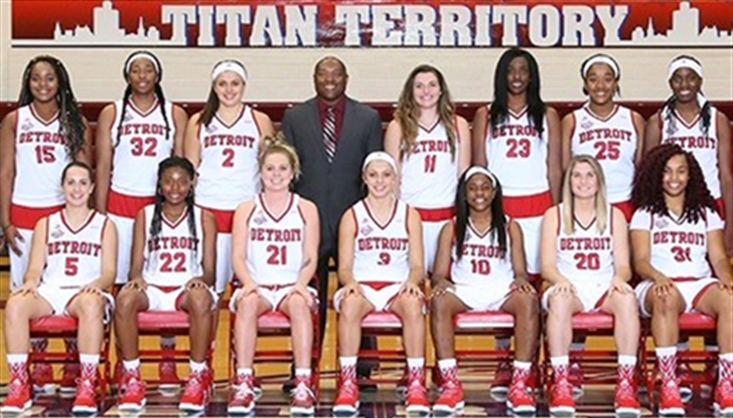