An influential writer will be on stage Tuesday evening at the University of Detroit Mercy, which welcomes anyone who wants to hear Ta-Nehisi Coates for just ten bucks.

The 40-year-old author and essayist is so popular that he'll appear in 7,900-seat Calihan Hall, where the Titans play basketball.

His presentation about race and inequality is called "Between the World and Me," the title of his 2015 best-seller and National Book Award winner. A university announcement calls him "one of the most original and perceptive black voices today."

A professor who directs the African American Studies Program, quoted in a UDM post excerpted below, calls the visit "incredibly important" and adds: 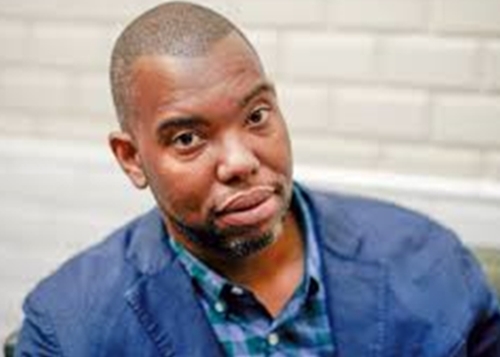 Coates writes provocatively about cultural, social and political issues as a national correspondent for The Atlantic magazine, and is a frequent contributor to other publications and panel discussions. Memorable cover stories at the magazine include “The Case for Reparations” (2014) and “My President Was Black” (2017). Two years ago, Coates received a $625,000 "genius grant" from the John D. and Catherine T. MacArthur Foundation to use however he wants.

Next week's appearance on the northwest-side campus at McNichols and Livernois is free is free to faculty, staff and students. Others can buy tickets here or at Calihan's box office.

The writer's first name, pronounced Tah-Nuh-hah-see, is an Egyptian name his father gave him that means Nubia ("land of the black") in loose translation.

Detroit Mercy’s student newspaper, the Varsity News, has four articles discussing Coates and his work in its latest issue. "Historic Visit / One of the most significant contemporary voices in America is coming," a headline says.

There's also strong off-campus interest, according to an article posted by the university:

Thousands are expected to attend Coates’ appearance at Calihan Hall, and the anticipation for the event has created a buzz among the Detroit Mercy student body.

“A lot of people are talking about it,” said Jhayla Mosley, a Detroit Mercy business major and event coordinator for Detroit Mercy’s Black Student Union. “I feel like it’s being promoted a lot. Everyone is seeing the flyers and talking about coming.

“I definitely think it’s a huge treat that he’s coming because he’s world renowned. I feel people should really take advantage of this opportunity. In the future, I feel like they’re going to regret if they don’t come. He gives a lot of insight.” . . .

Many Detroit Mercy professors are offering extra credit to students for attending the Coates lecture. One of them is Alex Zamalin, director of the African American Studies Program, who is hoping students will walk away from the Coates’ lecture understanding there are important voices speaking to the issues of race and racial inequality in America.

“Too often there’s the assumption conversations of race simply don’t matter or they’re not necessary,” Zamalin said. “I think the fact that we’re having a distinguished African American writer, who specifically talks about racial inequality, and his talk will be accessible and available to the community and the student body, is incredibly important because it will show these things matter.

Coates' 2015 book, his second, takes the form of a 160-page letter to teen son Samori about being black in the United States. Author Toni Morrison praises it as "required reading."

In the best-seller, the author tells his son: "Racist violence has been woven into American culture." A Wikipedia summary says:

Coates draws from an abridged, autobiographical account of his youth in Baltimore, detailing the ways in which institutions like the school, the police, and even "the streets" discipline, endanger, and threaten to disembody black men and women.

The work takes inspiration from James Baldwin's 1963 "The Fire Next Time." Unlike Baldwin, Coates sees white supremacy as an indestructible force, one that black Americans will never evade or erase, but will always struggle against. 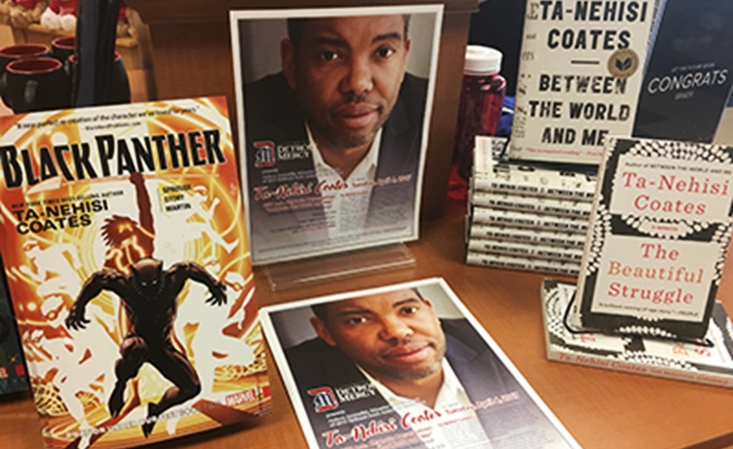 A display at the University of Detroit Mercy. (UDM photo)