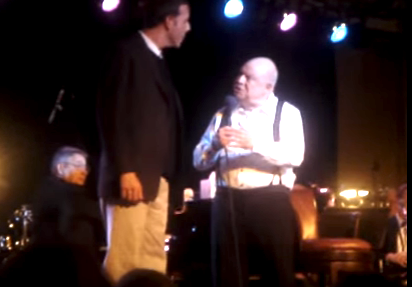 Don Rickles, the master of comic insult whose abrasive stage persona brought laughs to many generations,  died Thursday in Los Angeles.  He was 90.

His death, attributed to kidney failure, conjured up many memories, including here in Detroit.

Local radio personality Bill McAllister, who worked up until recently for 97.1 The Ticket, recalls being brought on stage with Rickles on April 12, 2008 while the comic performed at the Andiamo Celebrity Theatre on E. 14 Mile Road in Warren.

"One of the coolest things I've ever done," McAllister says in a Facebook message to Deadline Detroit. "He still had it in his 80s."

This four-minute video shows part of that performance: