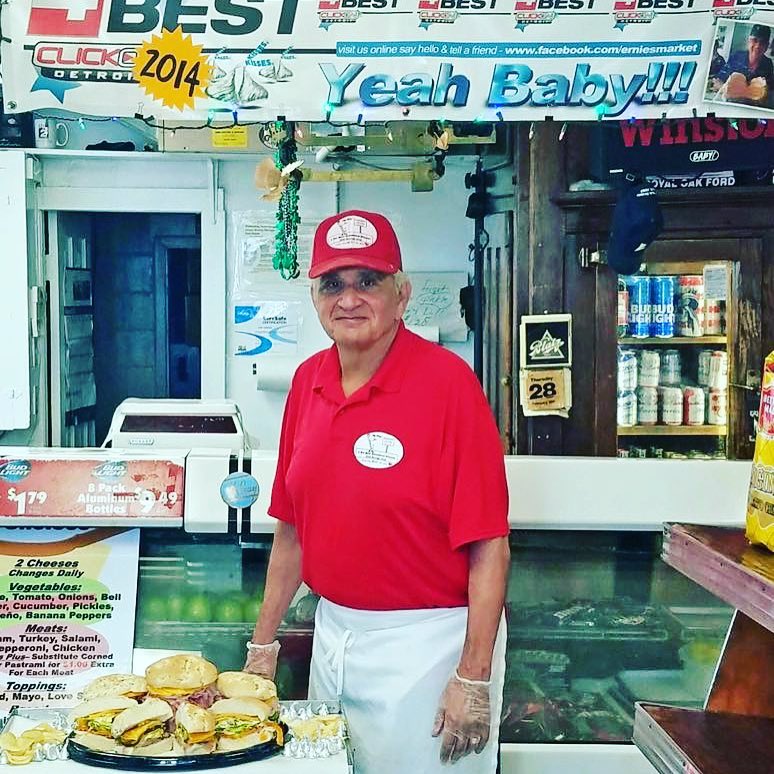 This repost from April 18 is the fourth in our Top 10 countdown of this year's most-read articles, a daily series through New Year's Eve. Links to earlier installments are at the end.

Ernie's Market in Oak Park, which has been featured on local TV and was named "Best Sandwich Shop" by WDIV, appears April 30 in a "Food Paradise" segment on the Travel Channel late this month.

When people walk into Ernie’s, it is like a walk back in time. The shelving, counters, coolers, and ice box are still there just like in 1955. Upon entering, the wonderful smell of fresh meat and cheese permeates the air. Not only does Ernie love to make a sandwich for his customers, but he loves for customers to have a good time.

Coming to Ernie’s is often referred to as “The Ernie Experience.” Customers are always greeted with “Hey Baby” and a handful of Hershey Kisses. Whether the customer is man, woman, old or young, it doesn’t matter.

When Ernie was asked, “Why do you call everybody Baby?” he responded, “Well, I can’t remember everybody’s name, but I know everybody is a “baby” to somebody, so if I call the person “Baby” he/she knows I care!”