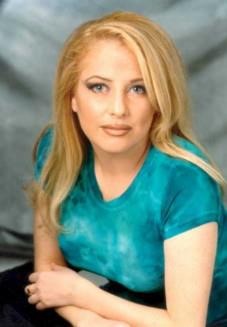 Conservative political commentator and former Fox News guest Debbie Schlussel, who is an Oakland County attorney, is accusing the popular Fox News TV host Sean Hannity of banning her from his show largely because she rebuffed his invitation to go back to his Detroit-area hotel over a decade ago.

She made the statement on the Pat Campbell Show, KFAZ 1170 AM in Tulsa, Okla., triggering  media stories that characterize her allegations as "sexual harassment."

Schlussel tells Deadline Detroit early Monday that the situation doesn't rise to the legal definition of "sexual harassment," but says her rejection of the hotel invitation appeared to have contributed to her being banned from the show.

"It seemed like a quid pro quo," she says, while acknowledging she's not sure.

Schlussel, who has been known to make inflammatory remarks about Muslims and Democrats -- as well as  Hannity -- said in the radio interview that Hannity stopped inviting her on his show after she twice rebuffed his invitation in the Detroit area to go back to his hotel.

“This kind of stuff is all over the place at Fox News and anything that has to do with Sean Hannity,” Schlussel told Campbell, the radio host. (Listen to the full interview below).

The accusation comes at a time Fox News' has been under fire for allegations of sexual harassment. Fox News Chairman Roger Ailes, the target of some of those allegations, resigned in July. Popular TV host Bill O'Reilly was forced out last week.

Schlussel, a graduate of Southfield High School, the University of Michigan and the University of Wisconsin law and business schools, does not specify in her radio interview what year the incident allegedly happened. But she tells Deadline Detroit she recalls only that it happened sometime in the early 2000s.

Schlussel tells Deadline that she appears on the radio show every Friday and simply mentioned the incident when asked by the host if she ever felt uncomfortable with her dealings with Fox News. She said her "impromptu" comments weren't intended as a public airing of her grievances against Fox or Hannity.

"I was asked about it, so I told what happened," she said, adding that she didn't intend to stir up a controversy.

During the radio interview Friday, she explained that she was scheduled to appear on Hannity's show that was broadcasting from Detroit years ago. She clarified to Deadline Detroit that it was Dearborn.

But before appearing on the show, she says that Hannity, now 55, invited her to his bookstore signing in Novi.

“He had some event at a bookstore where he signed his book for people standing in line. He asked me to come meet him at this book signing,” Schlussel said. “So I met him there and it was very awkward. He had me up there with him while he signed books and I felt very weird. These people don’t know me and they didn’t come for me to sign their books. Then I left to get ready for the show, and he said, ‘Why don’t you come back with me to my hotel?’ and I said no, I have to get ready for the show.”

Before appearing on the show, Hannity allegedly told Schlussel they would team up against another panelist, a Palestinian.

“Sean came up to me and said we’re gonna double-team, which was a weird phrase to use, this Palestinian guy that I was up against on the show,” Schlussel said. “And then every time I tried to open my mouth and say something, they yelled at me and said obey your host, you can’t say anything or else we’re gonna shut off your microphone.”

After the show, Schlussel alleges that Hannity again asked her to go to his hotel. She clarified to Deadline Detroit that he never said "hotel room," so it is possible he just meant the hotel bar.

Nonetheless, she tells Deadline: "I felt very uncomfortable doing that. It just thought it wasn't appropriate."

Schlussel claimed during the radio interview that she was never invited back on the show after refusing to join Hannity at the hotel. 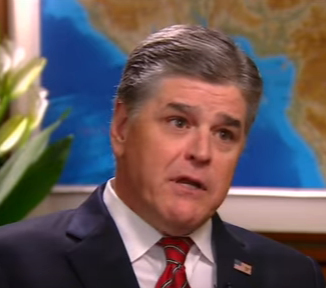 “After that, I wasn’t booked on his show again. And he called me and yelled at me,” Schlussel told the radio host. “I got a very weird feeling about the whole thing, and I kind of knew I wouldn’t be back on his show.”

She clarified to Deadline Detroit that she may have returned one more time to the TV show, but after that was banned from both Hannity's TV and radio shows. She said she also was eventually banned from all Fox News' shows because of her subsequent criticism of Hannity for various reasons.

Hannity has been married to Jill Rhodes since 1993.

"LET ME BE CLEAR THE COMMENTS ABOUT ME ON A RADIO SHOW THIS WEEK by this individual ARE 100% false and a complete fabrication.

This individual is a serial harasser who has been lying about me for well over a decade. The individual has a history of making provably false statements against me in an effort to slander, smear and besmirch my reputation.

The individual has not just slandered me over the years but many people who this individual disagrees with.

My patience with this individual is over. I have retained a team of some of the finest and toughest lawyers in the country who are now in the process of laying out the legal course of action we will be taking against this individual.

In this fiercely divided and vindictive political climate I will no longer allow slander and lies about me to go unchallenged, as I see a coordinated effort afoot to now silence those with conservative views. I will fight every single lie about me by all legal means available to me as an American."

Schlussel has appeared on national TV and major radio stations and publishes a website with a very conservative view.  Ms. Magazine in 2001 named Schlussel one of its most hated women in an article headlined “Women to Watch Out For.”

'A Lot of Credibility Issues'

Pat Campbell, who interviewed Schlussel, hosts a radio show which airs weekdays from 6-9 a.m. He has appeared as a guest on Fox News.

Schlussel tells Deadline "I'm not worried" about being sued by Hannity, saying the truth is a defense to any defamation suit.

In fact, she said she might sue Hannity for defamation for referring to her as a stalker. "He was the one calling me all the time," she said. "He has a lot of character problems, a lot of credibility issues."

Schlussell has a history of attacking Hannity. On July 2, 2007, she posted on her website:

Readers have told me that Hannity has been ripping off this site and my exclusive work, all year long. So, it’s hard to jibe that with the fact that he repeatedly calls himself “the right wing poster boy for all that’s good in America.” Since when does he think being the White, “conservative” (real conservatives respect property rights) version of Joe Biden and Jayson Blair is all that’s good in America? It ain’t.

So Sean, when do I start getting credit for my work? When do you start having a conscience and some ethics? The answer to both of those questions is apparently a big, fat Sean Vannity ego-sized “NEVER.”

Now, I know how Rush Limbaugh feels – since Hannity is a substandard repeat of the excellent Rush, every single weekday.

In 2010, she blogged that Hannity was running a scam charity for military families and that most of the proceeds went to lavish expenses, according to The Daily Beast. Hannity and his colleagues denied that.