Raised in Brooklyn, New York, an Ivy League leftist from Princeton, Jim Jacobs came to a place in suburban Detroit called Macomb County in 1967 to deliver an anti-Vietnam War speech at the local college. 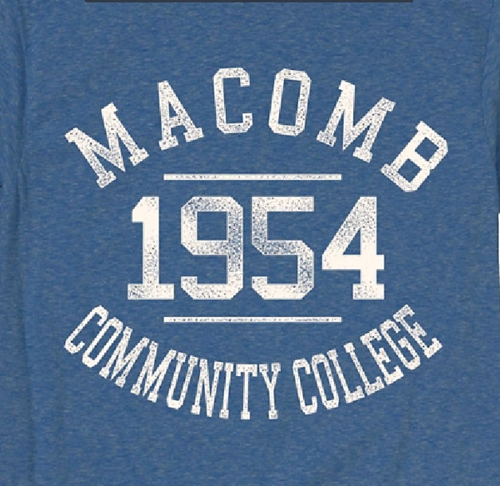 At the time, Macomb Community College was hardly a bastion of anti-establishment views that matched Jacobs’ standing as a member of the radical Students for a Democratic Society (SDS). But during the height of that ’67 “Summer of Love,” somehow hippie-clad Jacobs “immediately fell in love with” blue-collar MCC. Far from the political drama of the East and West Coasts, Jacobs was intrigued by the college’s wide array of working class teens and adults seeking a better life through post-high school educational opportunities within a community setting.

Faculty members urged him to take a teaching job at the two-year college and he accepted an August starting date. Back at Princeton, where he was completing his dissertation for a Ph.D. in economics and political science, his career choice surprised professors and colleagues.

But Jacobs stuck with his decision, and he stayed at the suburban community college for 50 years.

Now 73, Jacobs retires this Friday, and he still marvels at his transformation from rebellious ‘60s activist to leader of a 2,000-employee, 21,000-student institution where hundreds of mainstream business and political leaders attended his recent farewell party.

Over time, the professor grew accustomed to wearing a suit and tie, engaging in policy discussions with corporate executives, and showing up at nearby Selfridge Air National Guard Base for press events armed with a speech, not a protest sign. 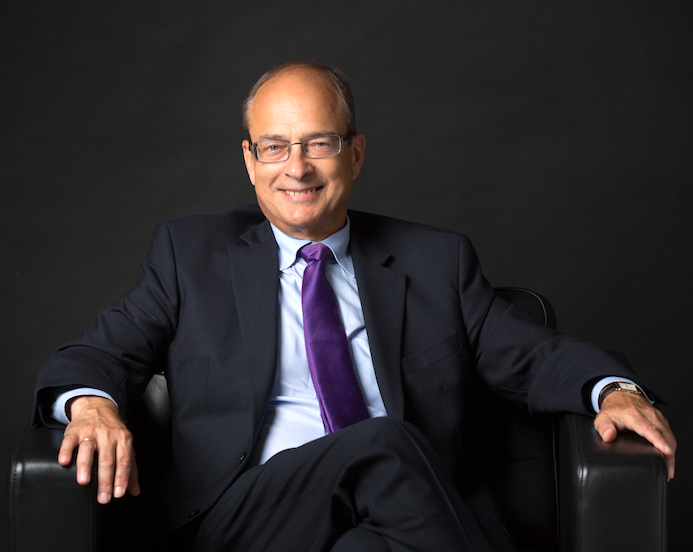 Jim Jacobs: "When I was 25 years old, I would have been appalled with some of the decisions I've made."

Asked if it ever still occurs to him that his career journey diverged wildly from his twenty-something left-wing ways, he responds candidly:

“It occurs to me every day. People like me walk a fine line. …. . . When I was 25 years old, I would have been appalled with some of the decisions I’ve made.”

So, the outsider turned insider learned to work with key members of the business community, through compromise and collaboration, as the college emerged as a leading force in boosting the Macomb County economy. Jacobs developed into one of the nation’s widely regarded experts in workforce development at the community college level, mastering the interactive link between employers’ needs and students’ desires to land good-paying jobs.

In time, the college became a national leader, well ahead of the curve, in establishing its own niche – a curriculum of training and retraining people for in-demand jobs, especially in high-tech manufacturing and within the changing auto industry, such as development of electric and autonomous vehicles.

During his decades serving as MCC’s resident economist, for 30-plus years Jacobs delivered an annual economic forecast, offering predictions and “wild cards” for the U.S., state and Macomb economy while employing a wonky approach featuring dozens of charts and graphs. Over the past couple of decades, these January events routinely attracted about 500 Macomb elites seeking to learn about the county’s connections to the corporate world, Wall Street and Washington.

The professor holds firm to long-held views on the need for greater racial and economic equality, but at the same time he enjoys a close relationship with central members of the Macomb County chambers of commerce. Macomb Chamber CEO Grace Shore has valued Jacobs as a mentor, someone who “always had his pulse on the community. He does an excellent job of keeping the college’s programming and curriculum focused on strengthening our economy.”

Walking that fine line which Jacobs talked about means that he hasn’t lost his affinity for the Rust Belt world of hard hats and tool belts. He maintains a strong relationship with union leaders. 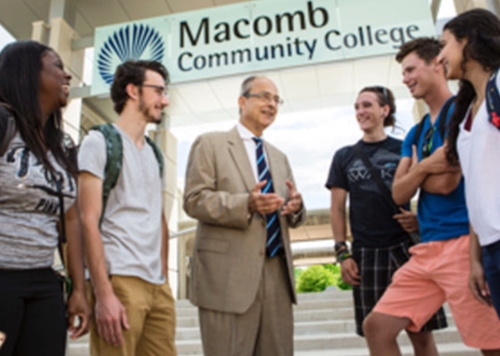 Jim Jacobs with students this summer.
(Photo from Advancing Macomb)

Jay Baron, president of the Center for Automotive Research, where Jacobs serves on the board, recently told the Detroit Free Press: “Jim can talk to (company) presidents and he can talk to the guy in the tool-and-die shop.”

Jacobs helped create the MCC University Center in 1991 at the college’s center campus in Clinton Township, where several four-year universities offer bachelor’s degree classes. He oversaw the creation of early-college MCC classes in 2010 that give local high school students an early start in their pursuit of a degree or occupational certificate. In recent years, MCC has become the main student pipeline for Wayne State University in Midtown Detroit.

When he rose to college president in 2008, Jacobs followed the path forged by his predecessor, longtime MCC president Al Lorenzo, who now serves as County Executive Mark Hackel’s top deputy.

Under Jacobs’ reign, the college adopted the role of a regional institution that engaged in cultural advancements at the MCC Center for the Performing Arts and the Lorenzo Cultural Center by bringing to Macomb the Detroit Symphony Orchestra, Detroit Institute of Arts exhibits and the Michigan Opera Theater. Jacobs also encouraged mayors and school superintendents to welcome the diverse wave of new immigrants arriving in Macomb – Chaldeans, Indians, Albanians and Bangladeshis.

The county where Jacobs made his home in 1967 was an old-fashioned ethnic community, mostly Catholic, almost entirely white, a place where people drank Budweiser, not Bordeaux, and carried lunch buckets, not briefcases.

In the 1960s and ‘70s, the college was derisively labeled “12 Mile High” -- a reference to its main campus location in Warren and its reputation as one small step above a high school education. No one has brandished that label for a long time.

Beginning in the 1980s, the county earned nationwide recognition as the home of the “Reagan Democrats” and since then MCC has hosted dozens of high-profile campaign events by presidents and presidential candidates. Beyond politics, the college’s innovative curriculum has attracted visits from governors, congressmen and White House Cabinet members.

Just as Jacobs is comfortable in his skin without feeling like a chameleon, the county he helped shape over five decades has become far more open and accepting, if not cosmopolitan, while it still adheres to many cultural traditions.

Two years ago, the Princeton Alumni Association called. They asked Jacobs to speak at the school about his role as a community college president, something he obviously has cherished.

“One of the things that kept me at Macomb and motivated me to become college president,” he said last week, “is that community colleges are unique institutions in American society. It really is an ideal institution to help transform the U.S. in a variety of ways.”