'I Will Never Forget:' A Detroit Cop's Post-Riot Memory from Childhood

The author is an 8th Precinct neighborhood police officer in Northwest Detroit. This is reposted from Facebook with permission.

Riot, civil unrest, rebellion, insurrection -- call it what you want, Detroit in 1967 year was heavily mistreating black folks in what was our nation's fifth-largest city back then.

The police department employed over 4,000 officers and at that time, reports say, only 138 were black. 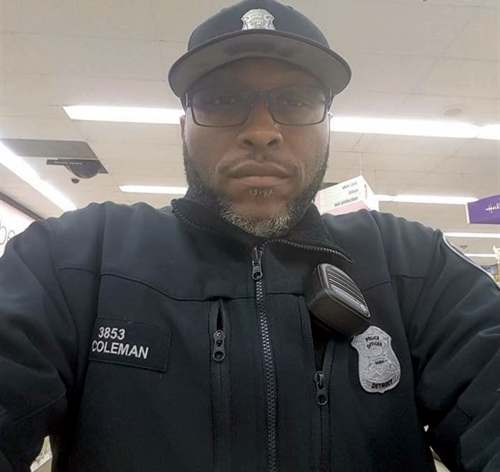 Baron Coleman: "I saw a broken man who feared for his life."

The fact is black people in Detroit had been policed by a very racist police agency.

A year after the riot, when I was 4 years old, I remember riding in Detroit in my father's car -- a black Cadillac, I believe. I was seated behind my father, with my brother next to me and my mom as the passenger.

Four officers in one of the "Big Four" patrol teams, as they were called, conducted a traffic stop. I remember one aiming a shotgun at my dad. They pulled him out of the car and called him the N-word.

He was also called boy, even though he was dressed in a suit, as my brother and I also were. My mom, who was very pretty, had on a nice dress/

The officers held my father outside the car, yelling at him. They apparently were mad about him having a nice car and said: "You have a pretty woman sitting in the car."

I remember looking at my father's pride getting reduced by these hateful officers. I asked my mom: "Why are they talking to dad like this?"

Mom looked at me with pain in her eyes and said: "Baby, that's just the way it is."

When he finally got back in the car, I saw a broken man who feared for his life if he said anything these cops wouldn't like. I asked if he was OK and watched him hold back tears without answering.

So you wonder why so many may have problems with police, especially with a racial difference?

This episode in my life I will never forget.

Fifty years later, I feel pride and honor every time I suit up and embrace the community with the respect they deserve.