50 Years Ago Today, Thousands of Detroiters Poured Into the Streets to Clean Up

The writer is a lifelong Detroiter and east-sider whose last contribution is headlined "1967 Riot: I Was a Skinny White Kid, 11, Living in a Mostly Black Neighborhood." This is reposted from Facebook with permission. 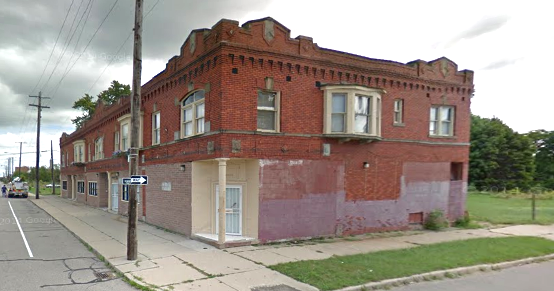 The corner grocery store today that McBride first went to in 1967 before going to other shops.

One of the more notable stories that you will not or have not read in all the riot/rebellion coverage the past few weeks is that on this day 50 years ago (July 28), thousands of Detroiters poured into the streets to begin cleaning up the mess.

Almost all of us were pretty much on lock down until that Friday and that was the first day I ventured out onto the street and up to Kercheval.

I first went to the corner store, because I was in that place every day, but there already were a dozen or more folks helping clean up.

I wandered down the street checking things out in this store and that and ended up helping out at the hardware store. Ironically, it was McBride's Hardware, but we were of no relation.

I spent most of the day helping clean the store up along with a half dozen other folks from the neighborhood.

I don't think any of us asked for money, but they were kind enough to get some sandwiches and Cokes for lunch and then pushed a few bucks in everyone's hand at the end of the day.