Detroit Mayor Jerome Cavanagh 'Was Never the Same' After the '67 Riot, Son Says 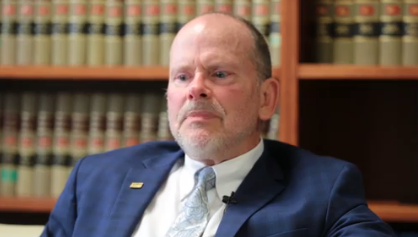 Judge Mark Cavanagh: "I noticed a hollowness. There was something missing."(Screenshot photo from Freep video)

Mark Cavanagh, 63, son of the late Mayor Jerome P. Cavanagh, says his dad was never the same after the Detroit 1967 riot. In fact, he tells the Detroit Free Press that he thinks the riot led to his father's death.

"He was committed to Detroit, deeply committed," said Cavanagh, a Michigan Court of Appeals judge.  "He was a different person after the riots. I noticed a hollowness, there was something missing, it was like part of a soul.

"I talked to my brothers about this last night and I asked, 'Do you feel the same way? Or am I just thinking that the riots really stole something from dad?' That it had just pulled the rug out from everything he thought he had done, and maybe of who he was. . . .

"He was never the same after that. I noticed more and more after a lack of energy. ... I'm not saying he walked around depressed or anything but he was 39 years old and by the time he was 51, he was dead. ... He loved the city. He absolutely loved the city." 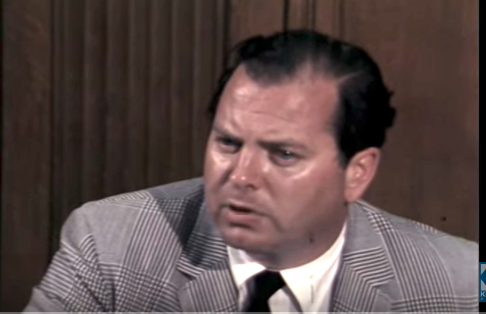 Mayor Cavanagh at press conference with Gov. Romney during the 1967 riot.

Cavanagh said while there may be no direct way to prove the riot and its aftermath killed his father, as his son, he believes it was the underlying cause, reports Katrease Stafford of the Freep.

"I really think that," Cavanagh said. "He never had a purpose like he had when he was mayor. He just didn’t have anything that interested him as he did when he  was mayor. You know when the people you love just aren’t themselves anymore. It was especially hard with my dad because he just kept everything inside of him. He tried to maintain, he tried to look forward."