'We Are Heartbroken and Horrified,' UAW President Says of Corruption Allegations 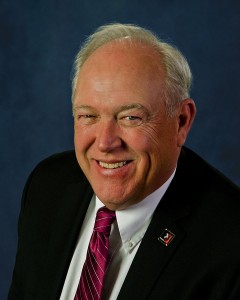 Dennis Williams: "This is certainly one of the toughest moments our union has faced in years."

UAW President Dennis Williams sent a letter Tuesday to members assuring them the union knew nothing about criminal allegations that former UAW Vice President General Holiefield, his wife and others accepted more than $1.2 million from Alphons Iacobelli, the former Vice President for Employee Relations for Fiat Chrysler.

Holiefield and Iacobelli were key players in labor negotiations.

"By now, you probably have seen the media reports about the recent DOJ investigation and indictment, which I wrote to you about last week," UAW President Williams writes. "This is certainly one of the toughest moments our union has faced in years. We are heartbroken and horrified to learn a man we knew, trusted and loved was involved in these alleged misdeeds."

The letter goes on to say:

As disappointed as we all are, 100% of our focus remains on doing what is right for our union and our members now. Here’s what you need to know:

UAW leadership knew nothing of General Holiefield’s illegal activities until the U.S. Attorney’s Office contacted us in January of last year.

We have cooperated with the U.S. Attorney’s office and launched our own internal investigation into these allegations, which was the responsible thing to do.

We have pushed for, and implemented, needed reforms at the NTC in an effort to prevent future misconduct.

Iacobelli also faces charges with diverting more than $1 million from the UAW-Chrysler National Training Center for personal use, including ourchases of a Ferrari 458 Spider worth more than $350,000, a pool and two limited edition Mont Blanc pens costing $37,500 each.