'A Milestone:' DIA Director, Born in Spain, Is Now a Proud American Citizen 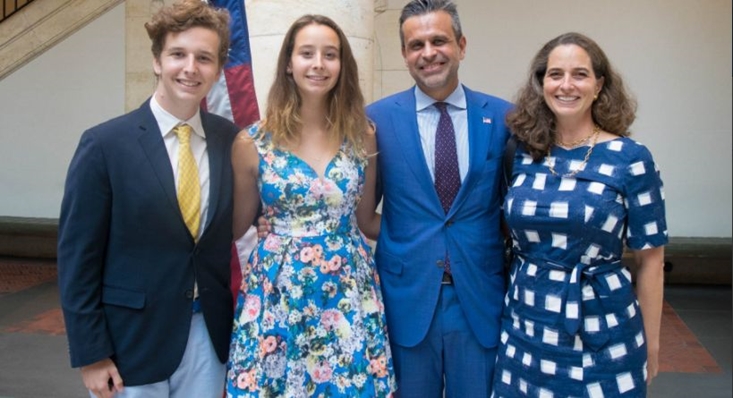 The writer poses at Friday's ceremony with his children, Tucker and Piper, and his wife Alexandra. (DIA photos)

I was no older than ten when I first came to America. It was a family trip and we visited New York City, Washington, D.C., and some cities in Florida. I remember the skyscrapers in Manhattan, those long cars called limos, the Spanish spoken in the streets and the heat shock in Miami when we exited the airport.

All were bigger, faster, more charged with energy. Even though I lived in Madrid, I felt like someone from a remote village who, for the first time, had come to a big city.

America still lives in the minds of Spaniards as the land of adventure and opportunity, the place where strong will and hard work are a path to make one's dreams come true. After frequent visits as student, I came to America to work in 2004 and stayed. 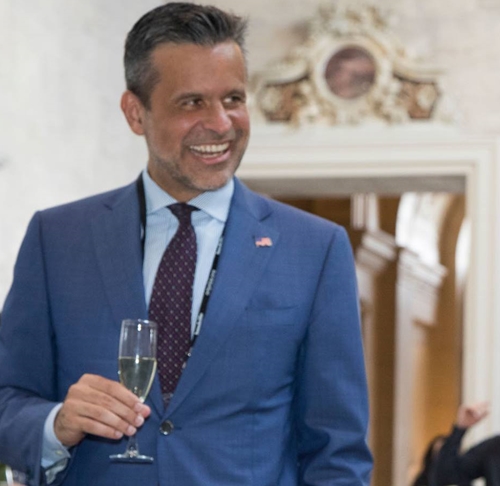 Salvador Salort-Pons on Friday afternoon after taking the Oath of Allegiance in his museum's Rivera Court.

Many things have happened since then. Some were foreign to my culture that I did not, at the time, understand well, but now looking back all make perfect sense. This adventurous path will hit a milestone later this month [Aug. 11] when I will become a citizen.

It is exciting and an honor to be an American. America has given me both extraordinary family and professional opportunities. I feel welcome and part of a community, and I am grateful to all my fellow Americans for accepting me into this country.

Like me, many immigrants in the past have become citizens, reminding me of a quote from President John F. Kennedy: "Everywhere immigrants have enriched and strengthened the fabric of American life."

Just by walking in the DIA galleries, one can hear President Kennedy's statement and visualize the accomplishments of generous collectors and native-born artists, as well as those who came from all over the world and settled here. It is our responsibility to continue telling the stories of all the people of America.

The museum is committed to this, and the variety of exhibitions and programs coming up shows our interest in broadening our knowledge, representing all our communities and embracing our past, present and future.

The exhibitions that opened this summer, "Art of Rebellion: Black Art of the Civil Rights Movement" and "D-Cyphered: Portraits by Jenny Risher," touch upon the 1967 Detroit rebellion and civil unrest of 1967 around the country and bring music and art closer together in our galleries, respectively. . . .

We continue to strengthen the fabric of our society, made with colorful threads of different thicknesses and textures, with the hope of bettering this country called America--my country.

Salort-Pons became DIA director, president and chief executive in October 2015. He joined the museum in 2008 and held curatorial and leadership positions before moving into the top job. He earned a 2002 doctorate in art history at the University of Bologna in Italy.