An attractive, deep new website from the City of Detroit is ready for visitors, and it's an inviting showcase for "stories from the neighborhoods."

The imaginative presentation at theneighborhoods.org is separate from the city's main government website, a traditional portal for forms, press releases and contacts. That original site is for tasks, while the newcomer is for discovery.

It lunched with a press conference at the RollerCade on Schaefer Highway in Southwest Detroit, and with social media announcements. 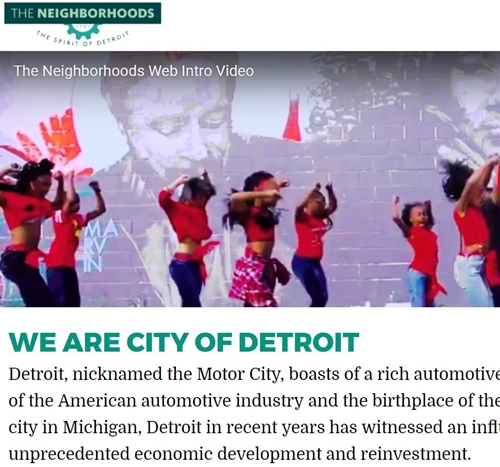 "After months of planning, writing, shooting, web designing and beta testing (in between rising and falling levels of anxiety), I'm extremely proud to finally launch The Neighborhoods, the City of Detroit government's multi-platform storytelling project," posts Aaron Foley, an author and former journalist hired last March for a new job with an offbeat title -- chief storyteller.

He describes The Neighborhoods as "a new media platform" and adds: "With a team of two writers, two videographers and a photographer, we'll be chronicling news and features online and on TV."

The well-designed site has a clean, crisp appearance with easy navigation and engaging images of active residents, not the type of stiff portraits and staged poses cluttering some government sites.

This is the opposite of a rush job that's thin on content. Seven interactive council district maps let visitors dive into separate pages for about 200 neighborhoods with updated information on investments, demolitions, building permits, blight violations, trash pickup days, neighborhood police officers, schools and more. (That number isn't a typo -- this site rises from a solid foundation of street-level layers.)

A fitting catchphrase -- "The Neighborhoods | The Spirit of Detroit" -- unifies the pages.

There's even more info on the Neighborhood Data Tool. Updated in real-time. https://t.co/fEquKJ20Y4

Tie-ins include a Twitter page (@StoriesFromDet) and plans for occasional podcasts.

At a citywide profile page, the tone shifts from storytelling to boosterism about "an influx of new residents and unprecedented economic development and reinvestment." Other phrases also evoke a Realtor's voice and Chamber of Commerce cheerleading:

The Motor City is a great place to live, work and play. 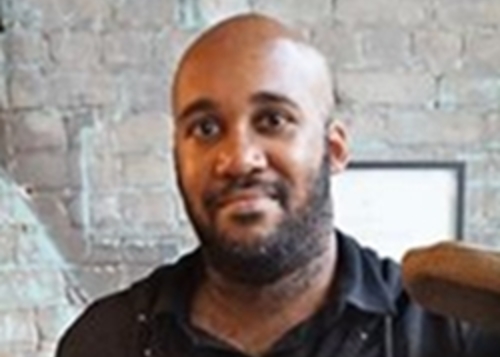 Overall, the site benefits from creativity, narrative chops and lifelong Detroit love. It's a useful resource for new and prospective residents, and reinforces Detroit pride for others.

Even at the Detroit forum on Reddit, a hotbed of reflexive trash-talk, an admirer comments: "I appreciate local government working to give the general public a pulpit. . . . This site has lots of great info that I would want to know (neighborhood police, district managers, schools, etc.) and it's easy to access and navigate."

Yes, it debuts 10 weeks -- to the day -- before a mayoral election. Still, it'd be unfair to call it a political campaign site -- primarily, that its. This isn't an independent media platform, obviously. As with any sponsored or point-of-view content, it won't bite the feeder.

But Foley has earned credibility as a storyteller, not a propagandist, and his value to the mayor is creating "a new media platform" that's believable, readable and rewarding to revisit.

The new "Storytelling Department" in Suite 333 at the Municipal Building Hall also is a way to engage with residents and business owners, who're invited to email content ideas to TheNeighborhoods@detroitmi.gov. "We’re here to tell your stories from across the city and share them with everyone," the team posts.

The goal of @StoriesFromDet is to do exactly what I've tried to accomplish my entire career: Tell the stories of Detroiters.

Below are the showcased videos, starting with a two-minute introduction to the website. The nearly 14-minute second one covers all seven council districts. "I wanted it to look like Detroit," Foley notes on Facebook.