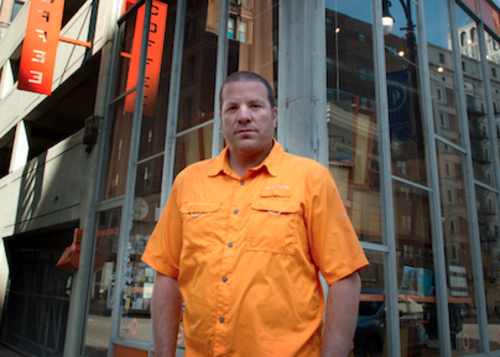 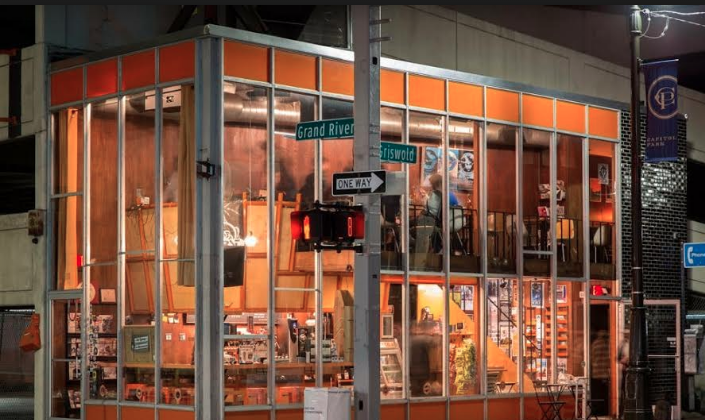 Josh Greenwood bought an odd-shaped, two-story building on Griswold and Grand River in 2001 when things in the neighborhood weren't looking quite so promising. He opened up the Urban Bean Co. coffee shop there in 2008, but went out of business after a couple years because of the depressed economy. He re-opened in 2013.

In the past few years, the block has been cleaned up. Gone are the hookers and drug dealers, replaced by new housing and a stretch of nice restaurants and shops.

Now, Greenwood says the area is being flooded by competing coffee shops. A Starbucks recently opened a few blocks away on Washington Blvd. in the Book Cadillac Westin Hotel and a pastry and coffee shop, Cannelle Coffee & Pastries, is slated to open across the street.  Another one, Dessert Oasis Coffee Roasters Detroit, opened on Griswold in 2015.

More recently, some other shops that serve specialty coffees, in addition to food, have opened.

It looks like it will come down to survival of the fittest.

That being said, Greenwood believes it's poor urban planning to put so many coffee shops so close together in a neighborhood that doesn't have the density to support them all.

Greenwood spoke the other day to Deadline Detroit about the challenges of running a coffee shop in an increasingly competitive market.