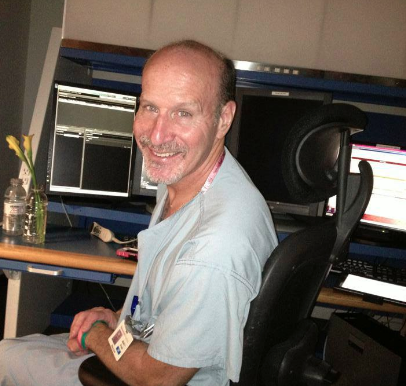 Anyone who has seen Dr. Marty Gross' garden at his West Bloomfield home can't help but be wowed.

But what may be more impressive is what Gross, an Oak Park High graduate, does with the eye-popping flowers he nurtures.

Before the October sun rises over Marty Gross’ West Bloomfield garden, he is outside working on it. Using a small light designed for headwear, Gross attends to a vast array of colorful dahlias complemented by occasional orchids and daffodils.

When it’s time to leave for Beaumont Hospital in Troy, where he attends to patients as a radiologist, Gross fills his car with abundant variations of dahlias to be generously given out to colleagues and those undergoing treatment.

“It is among my greatest pleasures in life to grow these flowers, cut them and give them away,” says Gross, who also spends time in his yard after work and on weekends. “Every day, when they’re in full bloom, I make multiple cuttings and give them to people. The most moving experiences come from giving flowers to patients with serious diseases and watching their emotions.”

Gross’ interest in gardening stems from his late father, Harold Gross, who prioritized planting vegetables but also planted flowers. Years ago, the two visited a dahlia show, and that became an inspiration.