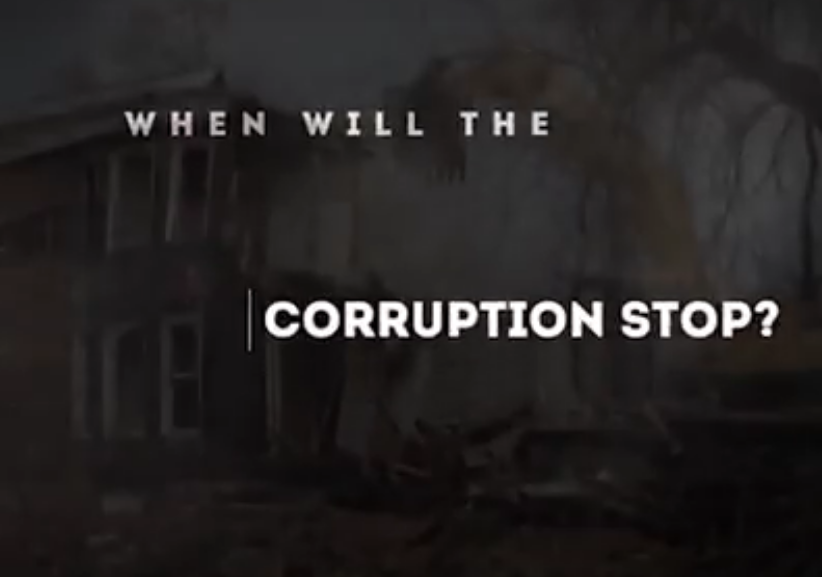 "This ad is totally false. This is the kind of vile stuff we've come to expect from this campaign. We are disgusted by it but not surprised."

From Earlier this Afternoon

State Sen. Coleman A. Young II, considered an underdog in his election bid for mayor of Detroit, has produced a scathing 30-second commercial with only weeks to go in the campaign, comparing his opponent Mayor Mike Duggan to the corrupt ex-Mayor Kwame Kilpatrick, who is serving 28 years in prison for public corruption.

"Kwame Kilpatrick went to prison for rigging city contracts," the commercial begins. "So what's the difference between him and Mike Duggan who also admitted to rigging city contracts? A federal grand jury in Detroit has subpoenaed records and officials from the Detroit Land Bank Authority and from the city housing demolition program. A former high ranking police official also has been indicted for taking bribes from tow truck owners.

When will the corruption stop?

Why does Duggan get a pass while Kwame Kilpatrick goes to jail for 28 years?

It's as simple as black and white.

It's Young's first campaign ad, which he plans to run on Fox 2, WADL-TV, WHPK-TV and on cable.

Federal authorities investigating city hall, to date, have not accused Duggan of any wrongdoing.

The ad is paid for by "Save Our City Super PAC."

Young and Duggan are set to debate Oct. 25. The general election is Tuesday, Nov. 7.