Detroit News opinion page editor Nolan Finley is among those who decry the clear message behind what he calls "a rallying cry to Detroit’s worst instincts" during the mayoral debate.

He refers to challenger Coleman A. Young II's opening and closing statements that "it is time to take back the motherland." 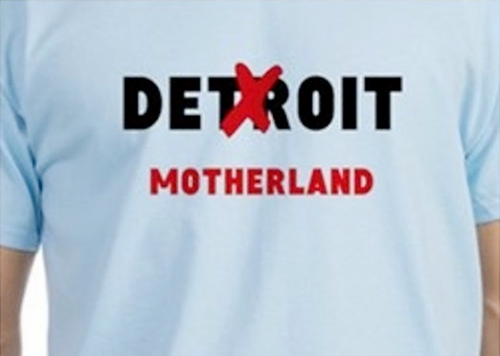 In a tough column Thursday, Finley rips "that blatant bit of racial politicking" and notes that "Detroit has been led before by race baiters such as Young."

It was an ugly throwback to the era when the hallmark of elections in Detroit was racial fearmongering.

It will play well, perhaps, with some elements in the city who still cling to the conspiracy theory that rich, white businessmen want to take over Detroit and drive out all of the black residents.

But it will embarrass and distress those who have embraced a more hopeful vision of Detroit, and who believe that the revival of downtown is the vanguard of a broader, citywide comeback.

Detroit has changed. It has moved beyond the time when an election could be won by beating the white bogeyman. And Young will not win by dividing a city that is striving to pull together. . . .

Detroit has been led before by race baiters such as Young. Those were not exactly its glory days.

What Young demonstrated Wednesday night was that he'd be the mayor of Detroit's past, not its future.

The editorial page editor, like other critics, links the Detroit candidate to a certain national politician:

"I'd invite anyone to tell me the difference between Young's 'Take back the Motherland' and Donald Trump's 'Take back America,' which was widely viewed during the presidential campaign as an appeal to white nationalism."

While others analyze who fired more on-target shots in Detroit's mayoral debate, as our editor does here, let's appreciate a line destined to go down as . . . well, the most parody-worthy.

It's this instant classic from state Sen. Coleman A. Young's opening statement and also his finale Wednesday night:

Talk about a satire-ready gift to wisecrackers. Sweet ribbon on that present, senator.

Social media double-takes, a hashtag and other playfulness were nearly instant:

Add “It is time to take back the motherland!” to Things We Did Not Expect To Hear During #DetroitMayoralDebate

When people ask me where I am from starting today..... #DetroitMayoralDebate pic.twitter.com/mzKg6G07XC

Other reactions include historical reminders of a word that's, ahem, a dog whistle and an odd choice in 2017. In Detroit. From a mayoral candidate.

These are among comments posted: