When you're far behind in a two-man campaign, short of bucks and backers, any attention can seem useful.

That must be why Detroit mayoral challenger Coleman A. Young II clings to a phrase he dropped near the start and end of last Wednesday's debate with Mike Duggan -- even though "it's time to take back the motherland" is criticized as racially divisive. 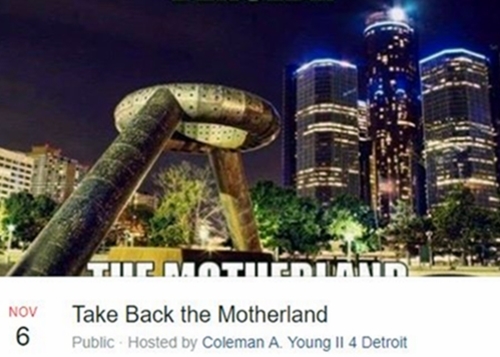 The us-and-them appeal is the theme of an Election Eve rally at a northeast-side church. "We're having a Rally For Detroiters," says an event listing. "Come celebrate ALL THINGS Detroit! Help us celebrate the Motherland!"

Amusingly, the longshot campaign illustrates its post with a sarcastic slide tweeted on debate night by Candice Fortman of Detroit to mock the state senator. "Behold . . . the motherland" it says with a downtown skyline photo.

A harsher critic, opinion editor Nolan Finley of The Detroit News, rebukes Young for "that blatant bit of racial politicking" and for his "rallying cry to Detroit’s worst instincts."

Another curiosity is the campaign's freewheeling style in posts, with mispellings and random capitalization. The Halloween party invitation below was cleaned up this weekend after a Reddit post noted that "refreshment," "treats" and "children" were mangled. 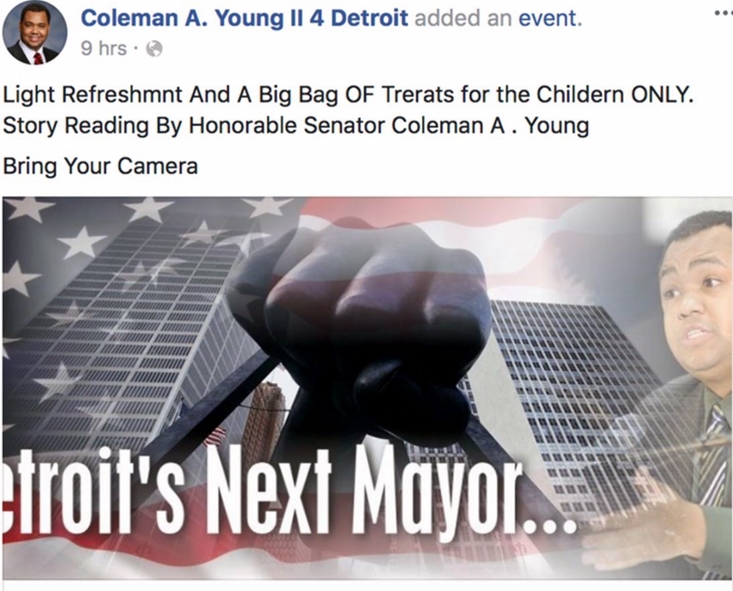