The writer, a native Detroiter, graduated from Cass Tech and Wayne State University. He was as assistant special FBI agent in charge of the Detroit field office from 1999-2002 and retired in 2006 as head of the Charlotte Division in North Carolina. He recently moved from Michigan to North Carolina.
He recounts his encounters with Robert S. Mueller III, the special prosecutor appointed by the Justice Department in May to investigate possible election interference by Russia.

I first met Robert Mueller in 1992 when he was assistant attorney general for the Criminal Division of the Department of Justice. It was a brief meeting, but he impressed me immensely with his decision at that time that the FBI would not conduct any overt investigation into an allegation we had received relative to a bank fraud matter called Whitewater.

Mueller advised at that time that it was far too close to the presidential election at the time the matter was referred to us and made it perfectly clear that we could begin the investigation but in no way should it become public knowledge and potentially skew the election. 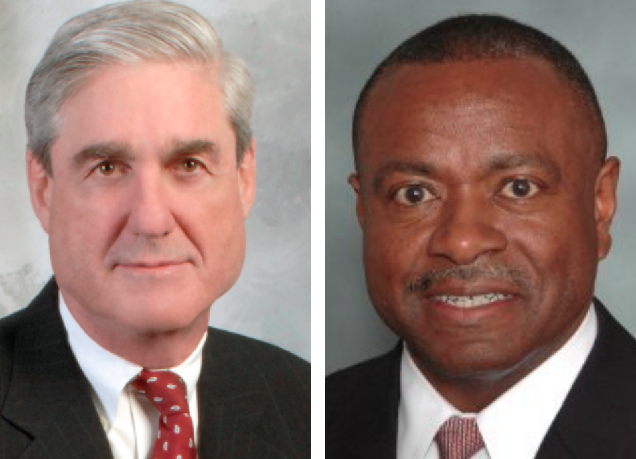 we met again in 2002. At that time, I was being considered as the FBI section chief of the Executive Development and Selection Program, and Mueller had already been appointed to be Director of the FBI by President George W. Bush.

Director Mueller made it a practice to meet with candidates for senior positions in the bureau. I remember walking into his office, expecting to see him sitting behind a desk.

He walked up, greeted me with a firm handshake and asked me to tell him about myself. All the time I was rattling on, sputtering what was likely nonsensical crap, he was eying me intently and sizing me up. When I was done, he said something about the importance of the role and that was it.

I found out a few days later that I actually did get the job, and thus began my second tour of duty at FBI headquarters. I served in this capacity less than a year.

Then I was promoted to deputy assistant director within our Administrative Division and began seeing much more of Director Mueller. I will never forget the day he asked that I come up to his office and discuss our career progression.

He got right to the point and explained that he was concerned about the time it took for our leaders to become special agents in charge; that by the time they reached this level, they became retirement-eligible and almost invariably left for private sector jobs.

He assigned my section to develop a career path that would develop our leaders more rapidly so the bureau could take full advantage of their expertise before retirement. We came up with a plan that made this happen, but it wasn’t before I received several calls and had follow-up meetings with him to ensure progress and timeliness.

Director Mueller was a committed, driven man, and one who did not suffer fools.

He knew exactly what he wanted to achieve, but he also played by the rules and was a man of his word.

A highlight of my career was working for this man who was perfectly transparent and clear in his directives and goals.

I have every confidence that he maintains these qualities as he and his team seek answers in the ongoing probe involving Russian interference in our political processes.