This essay is republished with permission from Education Post, a national blog network supported by foundations. The writer teaches at Frederick Douglass Academy for Young Men on West Warren Avenue, the state's only all-male public school. It serves students in grades 6-12.

I began teaching at 22. Back in my hometown of Detroit and fresh out of college, I thought I had all the answers.

I believed students would instantly relate to me because of my knowledge, enthusiasm and youth. 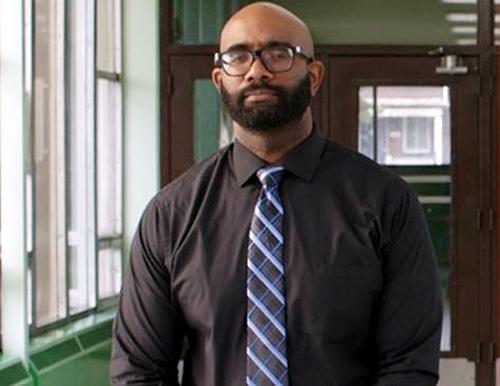 Quan Neloms at his east-side public academy: "We can use tools like hip-hop literacy to directly increase student achievement."

I soon learned that before I could effectively teach anything, I needed to better understand my students. Especially with black male students, I needed to find methods for engaging and sharing information at their level.

So seven years ago I started Lyricist Society, a program that engages young people by using hip-hop in the classroom.

Students don’t simply listen to the lyrics. They are encouraged to think creatively and analyze the genius behind an art form created by individuals who are a reflection of them and their communities.

The subjects and vocabulary utilized in hip-hop are tools that engage students in higher-level thinking. And seeing their own interests touted as brilliant and scholarly leads them to see themselves in the same light.

Using hip-hop in the classroom provides my students a platform for learning to conduct research and create their own works. But it has also let them take ownership of their learning to raise their achievement. 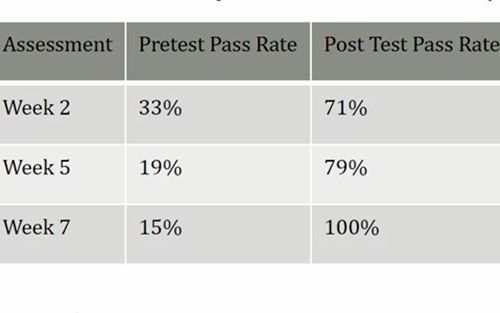 Often, standardized test results are the only mechanism used to assess students academically. These results are regularly reported by media and tell of dismal scores that destroy students’ confidence before they enter the classroom.

But I have found we can use tools like hip-hop literacy to directly increase student achievement. For instance, using a curriculum called Rhymes with Reason, I saw a dramatic increase in test scores over just 10 weeks. (Shown at right.)

It is important for young black men to see black men in front of them as teachers and role models. 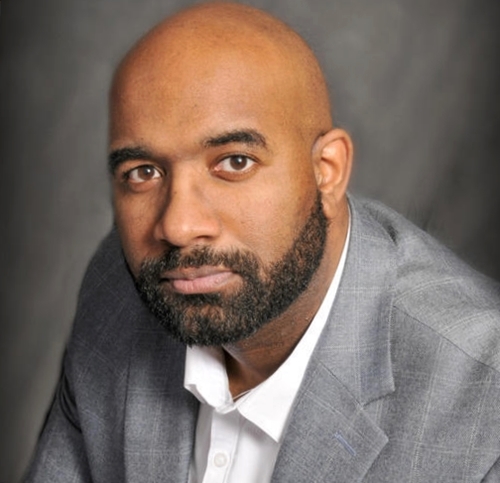 "It is important for young black men to see black men in front of them as teachers and role models."

School is where most of our young men spend the majority of their time. Currently black men are only 2 percent of the teaching force nationwide, making it impossible to have enough black male teachers leading classrooms.

It is crucial that black men be actively recruited from the community to be present in schools. An established, engaging program like hip-hop literacy is useful for recruiting volunteers as well. Through Lyricist Society, students are being mentored by artists, sound engineers and videographers from the community and are seeing potential career pathways and success.

Students are seeing themselves as full of potential and possibility, which encourages and inspires me.

In this this three-minute video, the Detroit educator tells how he uses hip-hop in the classroom: