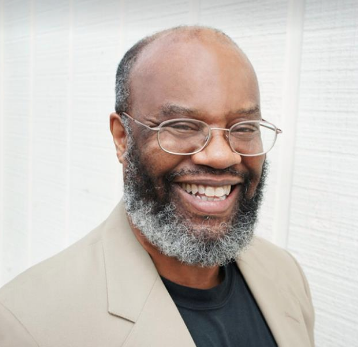 The author is senior editor at the Michigan Chronicle. This is republished with permission.

Am I grateful to Rep. John Conyers, the ‘dean’ of the U.S. House of Representatives and its longest serving member, for all his years of dedicated service to the people of Detroit, the State of Michigan, and the entire United States? Of course I am. All of us should be grateful and proud of what this man has accomplished and achieved on our behalf. He is indeed an icon.

But that is not the point right now. What matters right now, at this very moment in time, particularly in the swirl of this now electric climate where the issue of gross sexual misconduct against women by men of power and influence is finally getting the long overdue attention it deserves, is whether or not Conyers is one of those men. Either he is or he isn’t. There is no in-between.

For those who may not yet be up to speed on what this is all about, here’s a refresher:

Conyers settled a wrongful dismissal complaint in 2015 with a former employee who alleged she was fired because she would not entertain his sexual advances.  The woman is married. From Buzzfeed, which published the story first on Monday:

“Documents from the complaint obtained by BuzzFeed News include four signed affidavits, three of which are notarized, from former staff members who allege that Conyers, the ranking Democrat on the powerful House Judiciary Committee, repeatedly made sexual advances to female staff that included requests for sex acts, contacting and transporting other women with whom they believed Conyers was having affairs, caressing their hands sexually, and rubbing their legs and backs in public. Four people involved with the case verified the documents are authentic.”

The woman who ultimately settled with Conyers launched the complaint with the Office of Compliance in 2014, alleging she was fired for refusing his sexual advances. She ended up having to sign a confidentiality agreement to maintain her silence in exchange for that settlement, which came from Conyers’ taxpayer-funded office budget rather than the designated fund for settlements.

Part of that settlement stated that Conyers’ office “would ‘rehire’ the woman as a ‘temporary employee’ despite her being directed not to come into the office or do any actual work. In return for her agreeing to keep silent, the document obtained by Buzzfeed  shows where she would receive a total payment of $27,111.75 over a period of three months, after which point she would be removed from the payroll.”

Conyers swears he is not one of those men, but much of the evidence and sworn statements from the other side makes his strenuous denials difficult to believe. Conyers cautions us that just because someone makes an accusation doesn’t make it true, and he is certainly right about that. Innocent until proven guilty should still mean something in this country.

But Conyers must also take note of the swiftly changing tide of the times in this country; these are no longer the days when a woman’s accusations of sexual harassment can be swept under the rug and dismissed with a shrug and a chuckle simply because a man assures us that all is well and the poor little lady must be suffering from hormonal-induced delusions.

When women line up to make accusations of sexual misconduct against a particular man, the question is no longer can they prove it without a shadow of a doubt, but why would all these women lie and sign affidavits? Where there’s smoke there’s fire, and these days, all of a sudden, it's the man’s side of the bed that's catching fire.

This is a new day, and the dawn came quick. Men everywhere are starting to twitch and cross their legs, racking their brains trying to remember did they or didn’t they? And if they did, will she talk?

In light of all the allegations that have spilled out about Conyers in recent days – and some of that information is more than mere ‘allegations’ but actually appears to fall into the realm of proven fact – the strong temptation among some despite it all will be to protect Conyers at all costs because of his legacy and what it means to Detroit. Some will feel that tearing down Conyers is no different than tearing down Detroit in a town that needs more black male heroes. People (some) are still mad about what happened to Kwame Kilpatrick, and now here we go again, they will say. Another brother brought low.

And while I understand the panic and the anger, I cannot go along with it. I just can’t. Because I know that Detroit is better than this, and always has been. Detroit could give a master class on how to overcome, and if Conyers is guilty then we will overcome the fallout from that as well. And don’t forget that we have a new generation of leaders coming up behind Conyers, and they are watching what we do now. They are watching closely to see if we are ready for them, for the new vision they have to offer. Or will we insist on clinging to the past, even after the past is done with us?

Conyers made his career – and established his formidable legacy – by doing the right thing. Not that he was flawless and never made mistakes. But in so many instances when it mattered he came through for us, and he did so spectacularly. That’s why we love him.

And that’s why we need for our Congressman to do the right thing again. One more time. We shouldn’t have to ask. Great men know what they need to do for the people they serve, and they do it without having to be asked.

They do it because they know it’s the right thing to do.