A Detroiter who led the city between two of its most colorful and controversial mayors looks back at those years in a just-released autobiography.

Dennis Archer revives his 1993 campaign slogan -- "Let the Future Begin" -- as the title of reminiscences about rising from a Southwestern Michigan childhood to become a state Supreme Court justice, two-term mayor and Detroit law firm chairman. 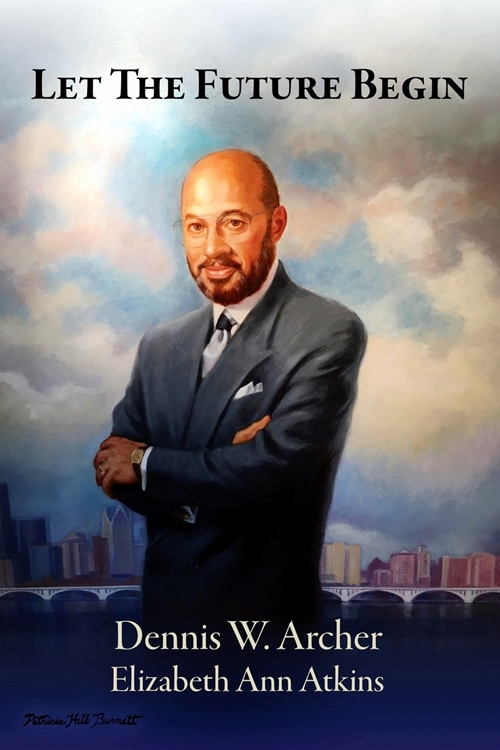 The cover painting is by Patricia Hill Burnett.

The book, written with Elizabeth Ann Atkins and published by her last Friday in hardcover and paperback, is promoted as telling his "life story and role in Detroit's revival" as mayor from 1994-2002. A publisher's blurb at Amazon credits Archer with "laying a rock-solid foundation to transform Detroit into the comeback city of the millennium" during his two terms between Coleman Young and Kwame Kilpatrick.

"I chose the title 'Let the Future Begin' because it serves as my official record of how our citizens joined our leaders in government, business and the nonprofit sector in a collaboration to rebuild Detroit," Archer says in a media release. The book, he adds, recounts his roles "in promoting diversity and inclusion in the legal profession, as well as in restoring Detroit to its former glory."

The release also quotes nationally prominent political strategist David Axelrod, a campaign adviser to Archer in 1993 and 1997 before he was Barack Obama's chief campaign strategist in 2008 and 2012:

"An inflection point in history occurred when Dennis Archer was elected mayor. . . . We wanted to make voting for Dennis Archer a vote for what the future could be.

"So, when we said 'Let the Future Begin!' it was really not about him. It was about Detroit. And it was about what the city and community could do together to build a better future."

As with any self-told story, this doesn't reflect the objective perspective of a historian or journalist -- though his co-author has a master's degree from Columbia University's School of Journalism and was a Detroit News reporter from 1991-95.

The media handout notes that "the Archer administration was responsible for developing multiple projects throughout the city such as Campus Martius, the city's three casinos, Ford Field, Comerica Park, the General Motors world headquarters in the Renaissance Center, the Compuware Building that is now called One Campus Martius, the RiverWalk, along with many projects throughout Detroit's neighborhoods."

And his life before and after politics is full of impressive accomplishments -- four years on the state's top court, president of the American Bar Association, head of the National League of Cities, chairman of Dickinson Wright. The ex-mayor turns 76 in three weeks on New Year's Day. 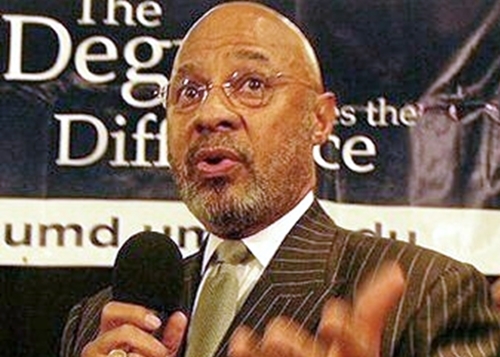 The book "serves as my official record of how our citizens joined our leaders in government, business and the nonprofit sector in a collaboration to rebuild Detroit."

Still, based solely on the promotional quotes and descriptions, "Let the Future Begin" may selectively polish its author's success in "laying a rock-solid foundation to transform Detroit into the comeback city."

In a comprehensive account four years ago, "How Detroit went broke," Free Press reporters Nathan Bomey and John Gallagher say some actions by Archer contributed to the slide into bankruptcy 11 years after he left office.

They acknowledge that "Detroit’s debt was relatively under control . . . through the Dennis Archer years," although the city sold water and sewer bonds during his mayoralty.

The writers are more critical about his payroll management:

There were ample opportunities when decisive action by city leaders might have fended off bankruptcy. . . .

If Mayor Dennis Archer hadn’t added more than 1,100 employees in the 1990s when the city was flush but still losing population. . . . Archer increased the city workforce from 1994 to 2001, even as the population contracted.

Those new employees added to the city’s legacy costs. By the end of the 2001 fiscal year, the city had 18,132 employees, about one worker for every 51 residents.

For instance, when the State of Michigan switched from pensions to 401(k)-style plans in 1997, Detroit failed to follow suit.

Archer negotiated with the pensions funds to create a new plan for city workers, but it was never implemented. . . .

With the stock market booming under Archer’s tenure, the city agreed in negotiations with its police and firefighter unions in October 2000 to hand out $190.4 million in bonus pension payments to current and future retirees.

To be clear, the newspaper doesn't blame insolvency mainly on Archer:

Despite the city’s huge tax burden, big spending and large bureaucracy, the Free Press analysis suggests that when Archer left office in 2001, the city still could have avoided disaster.

On balance, it may stretch reality to claim a legacy of "laying a rock-solid foundation" for transformation.