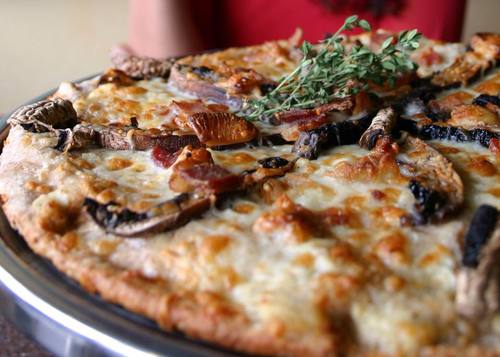 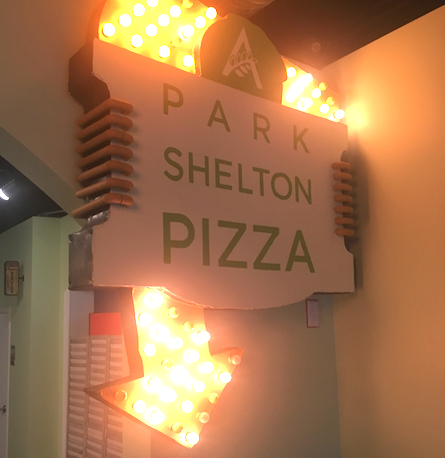 The carryout shop, which also has seven tables, sells whole pies and slices at the Park Shelton Apartments, opposite the Detroit Institute of Arts. It opens at 11 a.m. daily, with an 11 p.,m. close on Friday and Saturday and a 9 p.m. shutdown all other days.

Amici's Gourmet Pizza in Berkley, which plans to open a pizza shop in the Park Shelton at Woodward and Kirby in Detroit's Cultural Center, is changing the name because it conflicts with another local pizza place.

The original name was supposed to be Amici's Gourmet Pizza To Go. To avoid a legal fight, owners Jennifer Stark and Maureen McNamara will call it Park Shelton Pizza. A February debut is envisioned.

The business partners are married and live in the Park Shelton, across the street from the Detroit Institute of Arts. 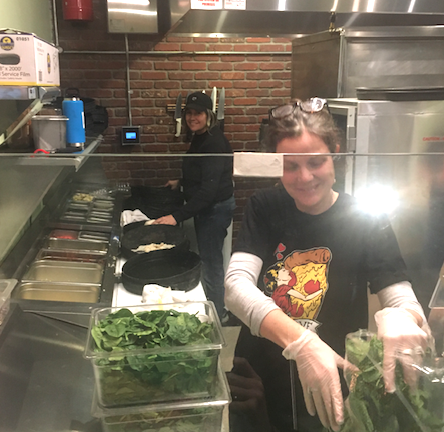 Jennifer Stark and Maureen McNamara, who run the popular Amici's Gourmet Pizza and Living Room on 12 Mile Road in downtown Berkley have picked an obvious spot in Midtown to open a second location: The Park Shelton at Woodward and Kirby, near the Detroit Institute of Arts.

Well, the two who are married, happen to live in the building, which also houses the restaurants, Chartreuse and Wasabi, and a coffee shop, 14 East.

"If you see me come down in my pajamas and slippers it's because I live there," Stark jokes.

On Jan. 1, the couple will take over the space currently occupied by the Detroit Pizza Company, which abruptly closed in August, and reopened under a different ownership in November.

The couple will close the place down, reconfigure things, and likely reopen later in the month under the name, Amici's Gourmet Pizza To Go.

The place is primarily for carryout, but it has a few tables and will  offer delivery through Uber Eats.

Stark emphasized that all the ingredients are fresh.

The Detroit Pizza Company has traditionally drawn business from the Park Shelton, as well as Wayne State University and the College for Creative Studies.

Amici's in Berkley has a full bar, dining area and patio.

Amici’s was founded in 1993 by George Stark and Sal Parko in a small shopping strip at the South end of Royal Oak. It eventually moved to the current Berkley spot.

In 2005, Stark passed the business on to his sister and McNamara.