The Detroit Free Press tried something new Thursday. To say it went well would understate things.

Almost 3,7800 questions and comments are posted on Reddit in an "Ask Me Anything" discussion about Detroit with veteran journalist and author Bill McGraw. His lively, wide-ranging dialog lasted three and a half hours and has been visited more than 23,300 times. 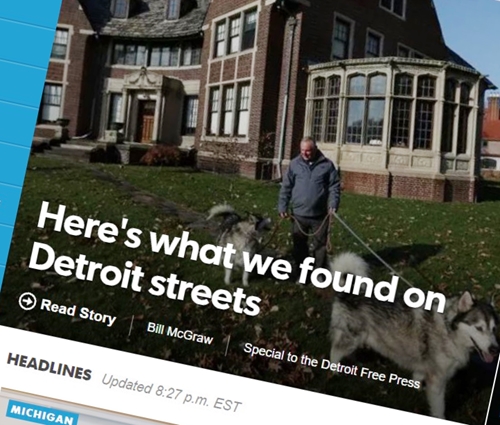 The Free Press follows up on 2007 reporting by Bill McGraw, who rolled down each of the 2,100 streets.

The hook is simple and alluring: "I’ve driven down all of Detroit’s roughly 2,100 streets. Ask me anything," says the thread's title.

The paper arranged the live chat to promote a showcase project by McGraw, a native Detroiter who worked there for 32 years and rose to deputy metro editor. He co-founded Deadline Detroit in 2012 and reported for Bridge magazine until last spring.

He appears in his former publication to reprise a 2007 project called "Driving Detroit" -- a look at each of Detroit's 2,100 streets by car, with follow-up reporting on some areas and people. Driving Detroit 2017 is posted online and starts Sunday as a week-long print series.

During the Freep's first experiment with an AMA session, as the popular Reddit feature is called for short, McGraw fielded inquiries about Detroit changes, challenges, recommendations and personal experiences.

Condensed highlights are below, with a few answers combined from questions on the same topic. If you want a time-consuming dive, the lengthy load is here.

Q. What is it like seeing the vast changes in Detroit?

A. The major changes have been amazing, but so far the new housing, restaurants, etc. are mostly located in about eight square miles of the 139-square-mile city. Detroit is cleaner and better-lit all over, but stats show it is the USA's poorest and most violent big city. So it's fair to say not every neighborhood is enjoying a renaissance. . . .

There have been many positive changes in the past 10 years, but abandoned housing remains a major problem and is often the main thing visitors take away with them. 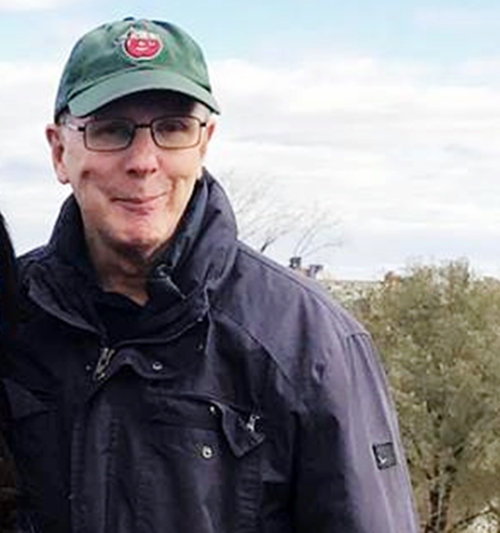 Q. Were there areas where you felt that your life was in danger?

A. I've worked in Detroit for more than 40 years and I literally have never felt in danger. I have always been treated with respect by anyone I met.

. . . I never felt unsafe driving down any streets or talking to people, and I had no incidents [in 2007 or 2017]. Blight continues to be a huge problem in many neighborhoods, but the streets are better-lit and cleaner than they were 10 years ago.

Blight in Detroit is empty houses and commercial buildings, and there are tens of thousands of them, sadly. . . . Abandonment remains a massive problem, even as Mayor Duggan has presided over the demolition of more than 13,000 blighted homes.

A. What's the craziest animal you've seen wandering around the city?

A. SW Detroit is always interesting because it has everything -- vibrant commerce, street life, interesting restaurants, good neighborhoods, a cool mix of people. But it also has crime, gangs and abandonment. . . .

I have always liked Corktown, even long before it became hot. In 2007, I wrote that my favorite street was Vinewood. I like the old houses.

Q. What is the next up-and-coming area? Anything you see on the cusp of starting to grow, but still in the early stages?

A. Jefferson Chalmers has a lot of things going for it -- near the water, next to GP, easy access downtown. There are definitely things happening there, but the neighborhood north of Jefferson is one of the most empty areas in Detroit.

A. Once a month my fiance and I leave our 9 mile bubble and drive to neighborhoods we have never been to before in Detroit. Do you have any recommendations?

Q. I would drive across Warren Avenue, starting in the east at Mack (the GP city limits). Drive on Warren through Detroit to Dearborn -- where it becomes the vibrant main street of Arab America, with restaurants, juice bars, shops, etc. Warren in Detroit goes from very blighted to very vibrant.

Q. Any recommendations for under-the-radar things far outside of the immediate downtown core?

A. Scotty's Fish and Chips on Fenkell in Brightmoor.

Q. What's your take on the potential with Amazon? 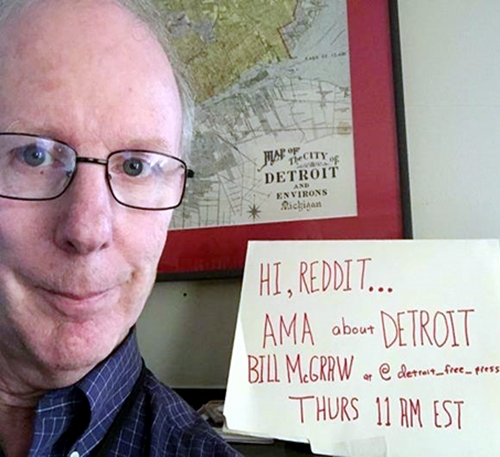 "I've worked in Detroit for more than 40 years and I literally have never felt in danger. I have always been treated with respect by anyone I met."
(Reddit photo from Detroit Free Press)

Q. How can a city service just a few houses in what was once a neighborhood with hundreds?

A. That is a huge question for politicians. As I write in the main story of today's package, how to deal with Detroit's empty land is difficult because many people hear "they're stealing my home" when the officeholders discuss shrinking the city. Right now there are approx 24 square miles of empty land in the city, and that figure is growing. . . . I think Manhattan, San Francisco, Boston and Paris could fit into Detroit. . . .

City planners in Detroit today are working to increase density. They don't want to continue to replicate single-family homes, but rather build townhouses and apartments, like in many big cities. The question of what to do with all the empty land is complicated, but if you check out the Detroit Future City website, you'll see a coherent vision of how to handle the empty acres. Making that happen in real life is a challenge.