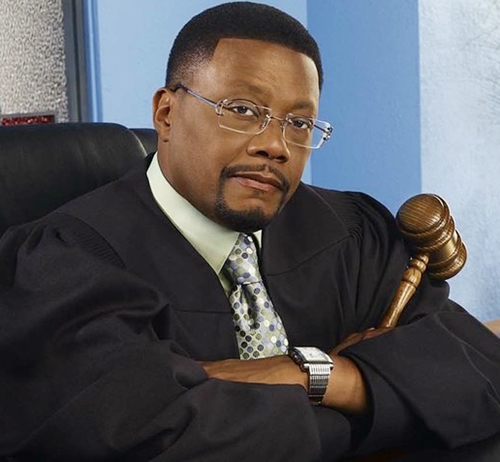 Never mind a return to politics by Greg Mathis, a 57-year-old native Detroiter who hosts a mock-courtroom TV show.

He flirted with a congressional campaign this year for the seat opened by Rep. John Conyers abrupt resignation Dec. 5 amid sexual assault allegations. Mathis decided not to join the costly, crowded race, Dave Herndon writes at The News-Herald, a Southgate paper.

He quotes a handout statement, originally scheduled for next Monday:

I am both grateful and humbled by the level of interest in my candidacy. I appreciate hearing from Detroiters and others in Michigan that have encouraged me to run for elected office.

The fact is, we have strong elected leaders in Detroit. I have faith that the voters in the 13th Congressional District will elect a leader that is committed to giving our citizens the tools they need to succeed. That they will elect someone committed to fighting for equal economic opportunity for all. Someone committed to true social justice."

The former district court judge may run again eventually. "I cannot fully rule out a future in public service," he says.

Here's an interesting twist in the bid to replace disgraced ex-Congressman John Conyers.

"Judge Mathis is a lifelong and current resident of Southeast Michigan who has lived in the 13th Congressional District for 40 years and operated the Mathis Community Center for 18 years."