Charlie LeDuff is a former reporter for Fox 2, the New York Times and Detroit News. He is the author of the 2014 book, "Detroit: An American Autopsy." His latest book, "SH*TSHOW," comes out in May.  He contributes regularly to Deadline Detroit.

A two-year getaway to a federal penitentiary might just be what the doctor ordered for Detroit towing titan and convicted briber, Gasper Fiore.

If FBI wiretap transcripts of Fiore's phone conversations are to be believed, it's apparent that the crooked car hauler made his money the hard way. His life as an influence peddler and deal broker was exhausting, infested with a vomit of mooches, plate-pickers, couch-surfers, cheap-suited-councilmen and free-drink Freddies. 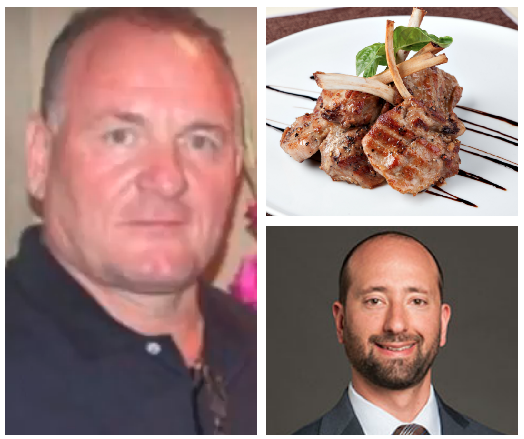 Thumbing through sealed court documents obtained by Deadline Detroit after they were mistakenly unsealed before being re-sealed, a reader might realistically believe Fiore will be surrounded by a better class of people behind bars.

Take the example of City Councilman Gabe Leland. He's right there on page 56 of the transcripts. Leland dated Jennifer, one of Fiore's daughters, while voting for a series of city contracts that made the family millions of dollars.

His choice of women and his friendly vote notwithstanding, Fiore thought little of Leland, his grooming habits, or his lust for free lunches.

"He's another guy," Fiore says of Leland. "There with a tight suit on, with a cheap tie and got a hole in the side of his pants on the pocket 'cuz he don't want to buy a pair of pants. I can't stand him he's so cheap."

According to the documents, FBI agents believed Leland was a part-time gofer of cash envelopes intended for Leland's friend, who was doing 'consulting' work for Fiore. The amounts were laughably low. Fiore's other daughter, Jessica, told her father how the consultant had come to her at the family's towing garage, expecting to pick up an envelope containing $70. He drove away in a new Jaguar. When the man realized the envelope contained only $50, he incessantly called, bleating like a stuck goat that the envelope was $20 light.

"This isn't enough money," he whined.

Fiore then told his daughter the consultant tried to hit him up for an $800 rim for the Jaguar. "So why have a fucking car you know you can't afford?"

"They're both mooches," Fiore said of Gutter-pants Gabe and his pal, the cheapskate consultant.

(To show how low the bar still goes in Detroit, consider that the same $20 is only enough to purchase a jumbo box of Hostess Ding Dongs from Amazon.com, shipping included.)

Fiore then launched into a story about the atrocious table manners of Leland's father, Burton, a longtime politico and Wayne County commissioner. The father and son, it seems, were holding a political fundraiser at a downtown restaurant.

Fiore arrived late, contribution check in pocket, but the party was over. Commissioner Leland and his wife, however, were still there. And they were hungry.

Fiore invited the couple to a restaurant next door, where a business associate named Phil was dining.

"So they come up there," Fiore recounted to his daughter. "Phil's eating. They start eating lamb chops off his plate."

Reached by phone in Florida, Burt Leland said he did not recall if he scavenged from another man's plate. "But if that's what it says I did, then I did."

And then Papa Burt offered an unsolicited defense of his son, now named as a target subject of a federal corruption probe.

"Look, Gabe has a very active libido," Leland informed me. "She just happened to be Gasper's daughter, okay? He wasn't sleeping with Gasper. It's guilt by association, I'm telling you."

Politics make for strange bedfellows, the old saw goes. And it was no different for Fiore. His pet politician appeared to be State Rep. Brian Banks, an eight-time felon, whose past convictions include check kiting and credit card fraud. Banks, too, appeared allergic to his wallet. 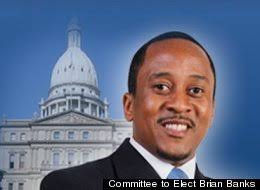 He once went to Fiore's home for a boozy strategy session over state government contracts. Instead of paying for an Uber home, Rep. Banks spent the night. (He later resigned from his seat after pleading guilty to a misdemeanor charge of filing false financial statements.)

Fiore, according to the transcripts, believed -- wrongly -- that his phone was not tapped. And he used it often. He was on a first-name basis with city council members and had their cell numbers. He knew where Detroit Police Chief Jame Craig drank and once ordered an associate to pay to have the car of the chief's friend retrieved from an impound yard.

Much of Fiore's money, over the years, came from favorable towing arrangements with the Detroit Police Department. Chief Craig has insisted he held no sway whatsoever over those towing arrangements. But people in Fiore's orbit -- including Leland, Banks and Deputy Chief Celia Washington -- seemed to think he did.

Washington drew up the towing schedule and rotation, and according to the federal documents, Washington took instructions directly from the Fiores to favor their companies.

Washington was was so chummy with Fiore, in fact, she opened one phone conversation with a businesslike "Hey handsome!"

Washington pleaded guilty last week to taking a $3,000 bribe from Fiore, although she first insisted to the judge that it was simply a loan she had never paid back.

Fiore pleaded guilty to bribery in a separate Macomb County case and will be sentenced in May.

There is a bright side for him in all this. Once behind bars, Fiore can be assured nobody will sleep in his bunk (against the rules). No one will scavengefrom his dinner tray (frowned upon). And no more guessing. He can be 100 percent certain the feds will listen to his calls.

And if he starts to grow homesick? Hey, you never know. One of his BFFs just might end up a cellmate.